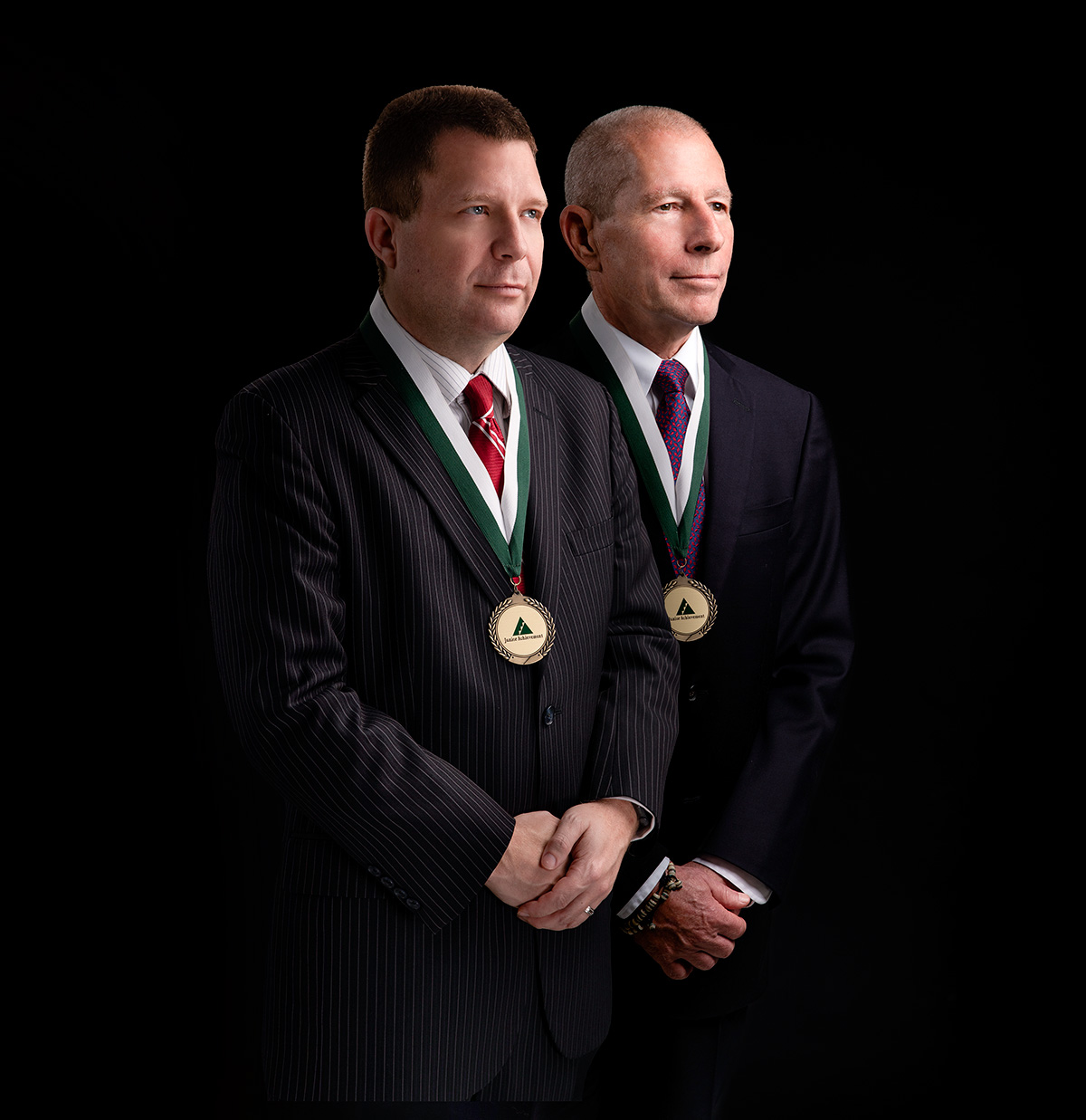 Travis Proctor and Duane De Freese have been selected for induction into Junior Achievement’s Business Hall of Fame. JASON HOOK

Duane De Freese and Travis Proctor are the newest Hall of Fame members and will be inducted March 5.

In the Republic, Plato noted that “our need will be the real creator,” a phrase that has since evolved into the familiar “necessity is the mother of invention.” For a teenage boy, there is probably no necessity more critical than a set of wheels. Travis Proctor, CEO of Artemis IT, used the urgency for a vehicle to lead him down the path of entrepreneurship. 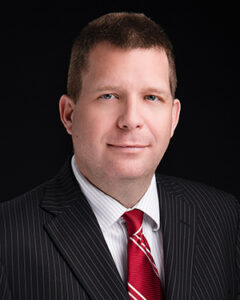 At 16, Proctor needed a job to pay for a car. He and two friends tackled the problem by starting a computer support and desktop publishing business from his parents’ garage.

“Necessity forced me,” said Proctor, who could well serve as poster boy for Junior Achievement, the global nonprofit that inspires and empowers young people to succeed in business and life.

“I had been bit by the entrepreneurial bug.”

From the humble homegrown technology enterprise he helped birth, Proctor graduated to founding Artemis IT, a technology company that is one of the brightest stars in the high tech firmament known as the Space Coast.

Even more remarkable is the fact that Proctor launched Artemis while a sophomore at Florida Institute of Technology.

Artemis IT was selected a 2020 GrowFL Florida Companies to Watch honoree from among hundreds of nominees in a competition that identifies businesses expected to experience major growth. Last year, the company celebrated its first quarter-century in business with an office relocation and expansion of the Artemis Corporate Center in Melbourne.

Necessity may have fueled Proctor’s entrepreneurial spirit, but his family prepared him well for the job. Growing up in Paradox, Colorado [population: 85], Proctor developed the work ethic essential to prosper in business. He gained this knowledge working on the family farm where wheat, alfalfa, corn and cattle were raised.

“It was not an 8-to-5 job,” Proctor said. “You worked sunup to sundown. I didn’t realize it at the time, but it showed me what it was like to run a small business.”

While some may have shied away from the hard work, Proctor welcomed it.

“As soon as I could, I wanted to be out there working,” he said. “The work ethic became ingrained in me.”

Indeed it did, since he graduated first in his class at FIT, where he earned his bachelor’s degree in computer science information systems while concurrently nurturing his fledgling business.

Serving the community is also part of Proctor’s DNA.

“He serves on an amazing number of community boards,” said Anne Conroy-Baiter, president of Junior Achievement.

Proctor was named to the board of his alma mater in 2012 and was elected chairman of the board of trustees last year. Among his civic efforts is serving as treasurer of the Economic Development Commission of Florida’s Space Coast. Through the years he has served an impressive number of wide-ranging organizations, including Brevard Zoo, Brevard Symphony Orchestra, Brevard Achievement Center, Junior Achievement of the Space Coast, Melbourne Regional Chamber and the Brevard Heart Foundation, among others.

He bases his success on the fact that he treats customers and employees as he himself would like to be treated, with transparency, honesty, empathy and the expectation to do the best job.

“We deliver what we promise while providing a great place to work,” he said.

Proctor believes there is no better time than now for the aspiring entrepreneurs of Junior Achievement, thanks to the wealth of help available through incubators such as Groundswell and organizations such as weVENTURE.

“Take advantage of these programs, you don’t have to do it alone,” he said.

“Find something you are passionate about, because you will be spending a lot of time doing it.”

“I fell in love with surfing and was always at the beach,” said De Freese, who has been selected to Junior Achievement of the Space Coast’s Business Hall of Fame for his work saving the Indian River Lagoon. 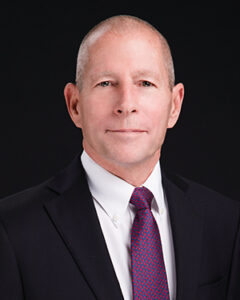 “He is considered the foremost expert on solving lagoon issues,” said Conroy-Baiter.

De Freese so loved surfing that he even briefly got into the business of making boards.

“My twin brother and I turned our parents’ garage into a surfboard manufacturing center,” he said.

When college time arrived, prospective schools had to meet a requisite not up for negotiation.

“They had to be somewhere I could surf,” said De Freese, who earned both a master’s degree and his Ph.D in marine biology from Florida Institute of Technology and did postdoctoral research on the Indian River Lagoon.

From classic family vacations of the 1970s, De Freese had already formed an affinity for the Space Coast.

“A little bit of me fell in love with the community when I was very young,” he remarked.

FIT welcomed him, and thus the young surfer entered the next phase of his life, a life intrinsically connected with the Indian River Lagoon and other fragile yet priceless ecosystems in the area. The surfer became a champion of major ocean and coastal conservation initiatives that have benefited both the area’s economy and quality of life.

De Freese’s approach to conservation is unusual, for he wins people over not just by touting the grandeur of places like the lagoon, but by connecting ecology with economics and raising awareness of the critical economic impact of these wild places.

“I like to put the private sector perspective into the public sector,” De Freese said.

For De Freese, the lagoon, the beach and the ocean represent more than pretty landscapes. The lagoon generates $7.6 billion annually for the regional economy through tourism, recreation and industry.

“Our oceans and coasts are the engine that drives the economy and quality of life of Florida and the nation,” he said.

De Freese walked the walk with his belief that all careers can benefit from an injection of business acumen, attending Rollins College’s Roy E. Crummer Graduate School of Business to hone his own skills.

“Many scientists struggle to run the business of science,” he said. “I believe in diversifying your background.”

He considers himself blessed to have been chosen first director for Brevard County’s Environmentally Endangered Lands Program, established in 1990 to protect Brevard’s natural heritage through the acquisition of environmentally sensitive land. De Freese excelled at the job, forging valuable partnerships with other local, state and federal agencies to save precious land from development.

De Freese also helped secure National Estuary Program designation for the lagoon from the U.S. Environmental Estuary Program, a huge boon to the future of the Indian River, since the program works to protect and restore estuaries of national significance.

He later served as vice president of Florida research for Hubbs-Sea World Research Institute, as adviser to the University of Central Florida’s College of Sciences and as senior vice president of science and business development at AquaFiber Technologies, which patented nutrient-reduction processes and technologies to reduce pollution in bodies of water.

“I learned about entrepreneurial thinking and about what you should and shouldn’t do as a startup,” he said.

De Freese seems destined to continue helping the lagoon regain its health. In 2015, he was named executive director of the Indian River Lagoon Council. Despite a continuing battle with non-Hodgkin’s lymphoma, he continues the fight to save one of the nation’s richest — and most threatened — estuarine ecosystems.