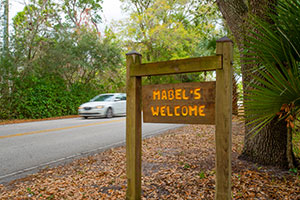 A simple wooden sign greets visitors to Melbourne Village. Villager Mabel Saunders so enjoyed bidding hello to neighbors that the sign was erected in her memory. ROB DOWNEY

When we acquired Space Coast Living last year, it seemed to make geographical sense. We knew that the Space Coast and the Treasure Coast shared much more than the 156 miles of the Indian River Lagoon.

Case in point: the subject of our cover story, Wintley Phipps, pastor of Palm Bay Seventh-day Adventist Church on the Space Coast and a resident of Vero Beach on the Treasure Coast. Phipps has the distinction of singing for six presidents and has served as a spiritual adviser to stars such as Oprah Winfrey.

Another case in point is the Episcopal Church of the Holy Apostles in Satellite Beach — the two coasts have literally shared it. The church was originally the sanctuary for St. Andrew’s Episcopal Church in Fort Pierce on the Treasure Coast. That congregation was building a new church and the old sanctuary was offered to Satellite Beach. Since both churches were near the water, the decision was made to barge the sanctuary up the river to where it still stands today.

Of course the Atlantic Ocean has no boundaries or the marine life within it. Writer Fred Mays reports on the annual nesting ritual of three species of sea turtles on Brevard beaches. To give you an idea of how important Brevard beaches are to the future of loggerheads, greens and leatherbacks: Nearly 40,000 nests were recorded on the Space Coast last year.

While environmentalists are working to protect the sea turtle population, surfers belonging to the national Surfriders Foundation are protecting the beaches through projects such as monthly cleanups and helping to collect data to monitor water quality along the Indian River Lagoon.

In A Hidden Gem, writer Maria Sonnenberg gives us an inside look into quaint Melbourne Village, which we’ve known about for quite some time, thanks to our longtime photographer, Rob Downey, a former mayor of the tiny community. “There is nothing like it,” he tells us.

For some, living the dream is having a spacious comfortable man cave by the sea. Check out our story on Bob Bratt’s new retreat by the sea in Indialantic. Bratt has wanderlust, so is it any wonder that he decided to build his remarkable home on the Space Coast.

We hope you enjoy reading this issue of Space Coast Living as much as we enjoyed putting it out. 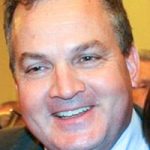 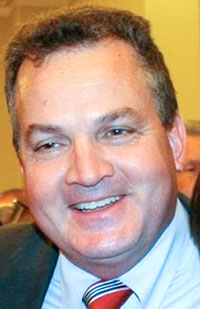