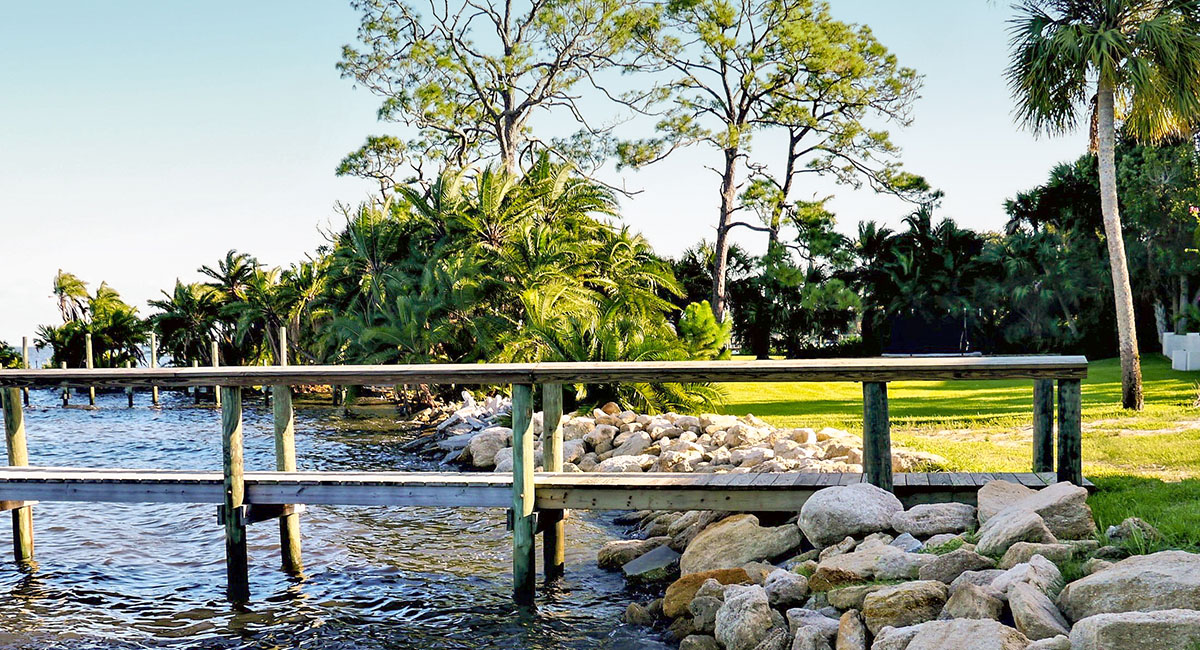 One of the main renovations on the Titusville home involves restoring and reconstructing the seawall using broken up pieces from a concrete driveway and coquina boulders. 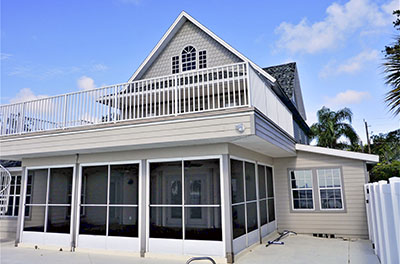 As part of the renovations, the screen enclosed lanai and upper deck have been deconstructed. CHRISTOPHER BROOKS

When my ballroom dance and life partner, Connie Maggi, and I decided to move to Titusville we acquired a 1904 house on the Indian River in the historical district. And while we knew the location and view were everything we had been hoping for, the house was another matter. We would just have to live with it as it is, we thought.

The 3,500-square-foot house, which has been extensively modified over the years, is highly compartmentalized. It sits on a narrow 0.56 acre pie-shaped lot that would not allow for widening of the floor plan. So any addition would involve lengthening either toward the river or the street. There was no doubt which side it would be on but how dowe create a master bedroom suite downstairs on the side that offers a full view of the river? And not just any master bedroom suite. We wanted it to be large enough to have his and hers bathrooms and walk-in closets.

We thought about taking over a modern first floor addition that was likely built in the 1970s and used as a family room. However, at 400 square feet it would not be large enough for what we had in mind. Plus, we did not want to give up the only family gathering space we had. So that only left us with combining a storage room, an office, part of a dining area, part of the lanai and part of the pool deck to get the needed space.

The ballroom would have to be upstairs. There was an almost 500-square-foot deck off the second-floor master bedroom that overlooked the river. If we could combine that bedroom with the deck, it would create an 840-square-foot dance floor. A 20-foot-wide expanse using glass bifold doors would do it. Initially, we were going to leave the deck open but given that weather and bugs do not always cooperate with dance events, we decided to enclose it. Besides, it would create a great gym or game room as well. We would come to find out that putting a ballroom on the ground floor is one thing, putting it on the second floor is another altogether. We needed an architect. 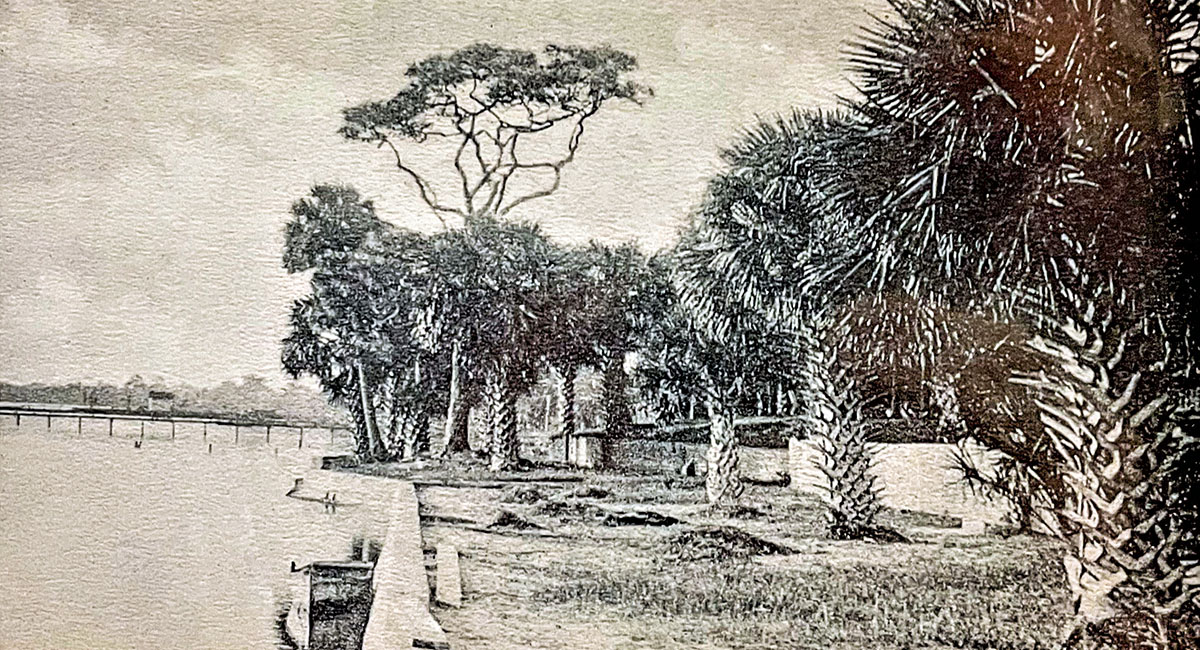 This early photo shows what the seawall looked like in the early 1900s.

We enlisted the skills of house designer Jeffrey Joseph of Melbourne, who drew up plans that accomplished much of what we envisioned. The downstairs riverside bedroom suite would be created by taking over the spaces mentioned previously. Because of our insistence on having a ballroom upstairs where multiple couples would very well be dancing, the truss system supporting the floor had to be upgraded. It would mean removing the original heart pine floor joists but we had plans to repurpose that wood where it would be seen and appreciated in the form of wall paneling. The beautiful original floor planks also would be salvaged and used to restore the downstairs floor in what was going to be the Victorian parlor and dining room areas.

Next, we needed someone to execute our plans.

At the time there were very few contractors willing to add to their list of projects. After talking to half-a-dozen builders, we were steered to Jerry Knerr. He was relatively new, having started his company, Titan Construction and Consulting LLC, in January 2019.

He latched onto our ideas and demonstrated a can-do mindset that we liked. He was willing to build the addition, but first he had to take apart part of what was there. 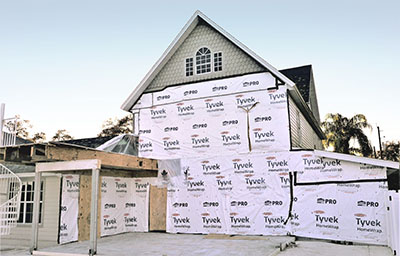 The new bedroom suite downstairs will replace part of the lanai while the upper deck will be enclosed to become part of the ballroom. CHRISTOPHER BROOKS

Deconstruction of the decking, flooring and walls began in July 2021. We moved in two months later. With much of the river side of the house boarded up we could only see the river from the upstairs master bedroom. Before long we lost that as well as we retreated into living in the remaining three bedrooms and the kitchen.

The frustration was exacerbated by the delays in starting the framing due to plan changes, permitting, COVID-19 and product shortages. For example, because the house is in the historical district, we found we could not build a new wall closer than 10 feet to the property line. That triggered a two-month plan alteration delay and necessitated shifting the addition over almost 3 feet at the expense of the lanai. Then it was determined that the 20-foot expanse containing the bifold doors had to be framed in concrete or steel since there could be no sagging as one would get with wood framing.

Made-to-order steel columns and beams meant another delay. Without the framing we could do no plumbing, electrical, ducting for the air conditioning or roofing. So we looked for projects we could get done while we waited. These would be partly aesthetic but mostly practical.

On the aesthetic side, we had the unsightly power lines leading from the street to the house buried. On the more practical side, we needed to address the badly deteriorated seawall that was causing the land at the river’s edge to erode considerably. After getting a new design engineered, our contractor restored the shoreline with four dump trucks of dirt over which the seawall was rebuilt. 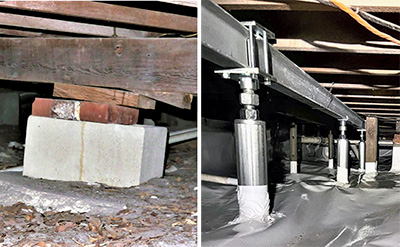 It was shocking for the owners to find the house foundation partially consisted of blocks, old bricks and wood shims. The foundation has since been professionally reinforced using eight steel beams and 41 jacks. CHRISTOPHER BROOKS

Meanwhile, the removal of the flooring had exposed the 2-foot crawl space. We took advantage of this and had the foundation inspected. The report was not good. Parts of the house were resting precariously on jerry-rigged pilings. Plus support jacks added decades ago were no longer braced against floor joists and had fallen over. The support system of the house had to be shored up. This was done in fairly short order by May. But still we waited for the framing to start.

For months, as we stood on our dock and watched the SpaceX Falcon rockets take off with remarkable regularity, we could only look back at our partially dismantled home and wonder when the new addition would get launched. We were on indefinite HOLD as we waited for the all systems GO signal.

Next issue on our journey involves the actual renovation, construction and planning for outdoor projects that will include the pool and landscaping. 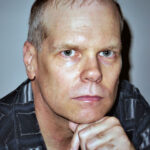 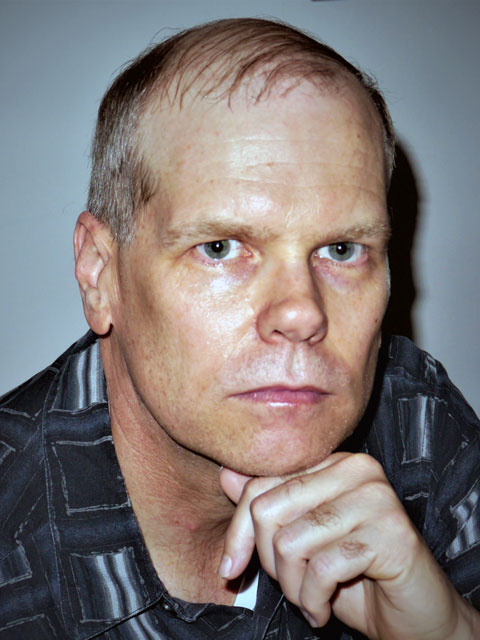