Try as we can, we cannot escape those pesky genes we were dealt at birth. 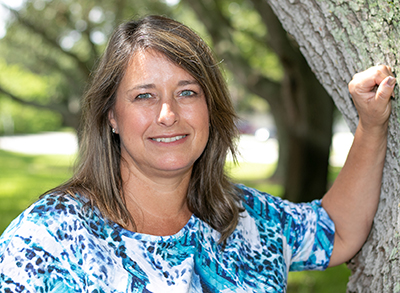 Results of genetic testing were a huge relief for Withrow, who is at high risk of cancer because of family history.

“We are all born with a unique genetic blueprint, which lays out the basic characteristics of our personality, as well as our physical health and appearance,” award-winning author Joan D. Vinge has noted.

Some fortunate folks inherit genes that bestow fetching looks upon them. Others unfortunately inherit the risk of cancer.

This risk of cancer has been part of Beth Withrow’s adult life.

“I lost both my parents and my mother’s mother to cancer,” said the Merritt Island resident, who started regular cancer screenings 20 years ago, when she was 30.

Cancer is, in a significant part, a genetic disease, and 5 percent to 10 percent of all cancers are associated with inherited genetic mutations that control how cells grow and divide. Genes make proteins that act as messengers for the cells. When one or more genes in a cell mutate, it creates an abnormal protein that pushes cells to multiply uncontrollably, resulting in cancer.

Two decades ago, Withrow’s physician recommended she be ready to deal with cancer.

“My doctor 20 years ago said, ‘We’re just going to assume you’ve got a mutated gene and we’re going to prepare for it,’ ” she said. “That’s really what’s been in my head for 20 years.”

While a serum to end cancer remains elusive, fighting cancer through genetics provides hope for many. This year, Withrow added genetic testing to her diagnostic regimen.

“Twenty years ago, genetic testing looked very different, so we didn’t go down that path,” she said.

“I was counseled by my GI doctor and, in his professional opinion, there was not a lot of benefit to genetic testing at the time. It was very expensive. It wasn’t covered by insurance.”

“This year I was referred to genetic counseling, learned how far it’s come, what you can do with it, learned that it was covered by insurance, and by law, and there are therapeutic options based on the results, so I saw a lot of benefits just for having the test,” Withrow said. 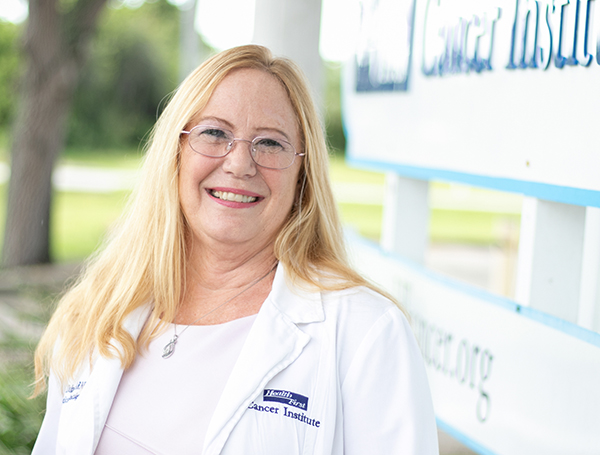 Dulany, who is also an advanced oncology certified nurse practitioner, assists patients in making informed decisions from results of the genetic testing.

Genetic testing, easily accomplished through a blood draw or saliva specimen, is an accurate check for hereditary cancer syndrome for individuals with a personal or family history pointing to inherited cancer risk. Usually requested by the patient’s healthcare provider, these tests provide a powerful tool: knowledge. Dulany’s counseling assists patients in making informed decisions from results.

The facts can sometimes be hard to accept. While most patients appreciate knowing they are at risk of cancer, others consider it an anvil waiting to fall on their heads.

“Some people consider it a curse,” Dulany said.

In Withrow’s case, the results were a blessing.

“I assumed I was positive from my family history, so finding out I had a negative result is actually a huge relief for me,” she said. “I’m still high risk, but it makes me feel I can erase the check in that box.”

Dulany is quick to tell her patients that even a positive result is not all negative news.

“Testing positive is not a certainty they will get cancer,” Dulany said. 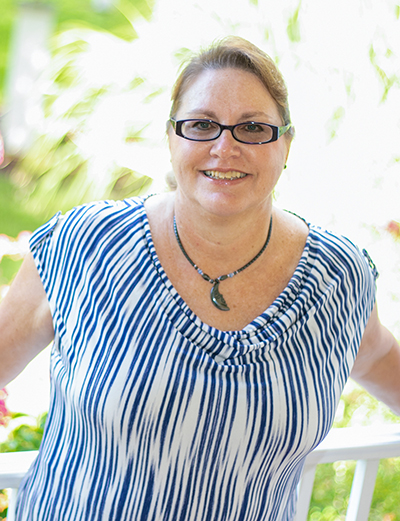 Like actress Angelina Jolie, Merritt Island resident Cherisa Lawerence opted for double mastectomy and reconstructive surgery after testing positive for the BRCA mutation, which has led to many women’s cancer diagnoses.

A positive result is, however, a call to action with more robust monitoring. It may mean adding an MRI as part of routine testing or going for head-to-toe skin exams at least once a year, instead of waiting until some suspicious-looking mole appears before heading to the dermatologist’s office.

“We can’t change our genes, but we can change what we do to watch them,” Dulany said.

Although testing can check for 84 different genes responsible for a host of cancers, a common cancer panel that checks for 47 different possible gene mutations includes the major cancers.

“The downside of testing 84 genes is that it covers a lot of obscure cancers,” Dulany said.

Of all the genes tested, none have received more attention than BRCA1 and 2, in large part because of Angelina Jolie. The actress’ willingness to share her story raised awareness of the importance of genetic testing and the tough choices that sometimes accompany a positive result.

Jolie’s mother had succumbed to breast cancer and the actress herself possessed the BRCA1 gene mutation, a gene that increases the chance of developing breast cancer, including the aggressive and challenging triple-negative breast cancer, to as much as 85 percent in a lifetime, along with up to 46 percent increase in the risk for ovarian cancer. That is considerably higher than the 10 percent to 12 percent risk found in the general population.

“She brought the BRCA mutation to the forefront,” Dulany said.

Not only are both BRCA1 and 2 implicated with breast cancer, but mutations of these genes also increase the risk for pancreatic cancer, a particularly difficult cancer to treat because it does not typically manifest itself until a very advanced stage. A BRCA1 mutation also signifies an additional risk for cervical, uterine and colon cancer and BRCA2 mutations can increase the likelihood of stomach and gallbladder cancers, plus melanoma. BRCA mutations can also be markers in assessing the risk for ovarian and pancreatic cancers, as well as melanoma.

After testing positive, Jolie opted for preventative bilateral mastectomies and reconstructive surgery. So, too, did Merritt Island resident Cherisa Lawerence.

“I went ahead and had a double mastectomy so that there wouldn’t be any issues with other breast cancer coming up,” she said.

Since Jolie’s surgery, genetic testing has become even more sophisticated in identifying additional gene mutations that can increase the risk for breast cancer. In Lawerence’s case, she was tested for CHEK2 mutation because of her family history.

The guidelines for treatment remain the same as they were almost a decade ago with Jolie.

“If you are past childbearing age, mastectomy and hysterectomy are recommended for these individuals, because it decreases cancer risk by 90 percent,” Dulany said. 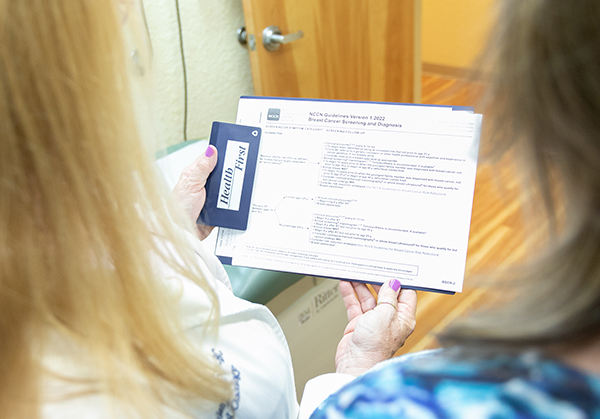 Genetic testing, easily accomplished through a blood draw or saliva specimen, is an accurate check for hereditary cancer syndrome for individuals with a personal or family history pointing to inherited cancer risk.

Patients already suffering from cancer can also benefit from testing. “Not only can these tests answer whether or not there is a mutation, but they can also help determine what particular medications would be better, based on the markings,” Dulany said.

During the counseling session, Dulany delves into the patient’s family history to determine if there is a family history of a particular cancer, discusses the importance of genetics, offers options for addressing results and provides education on the Genetic Information Nondiscrimination Act [GINA] approved in 2008, which protects individuals against discrimination in health coverage and employment because of their genetic history.

Although genetic testing costs $6,000, most insurance carriers now cover most of the cost if testing is recommended.

“In most cases, the patient never has to pay more than $250, which is not much for peace of mind,” Dulany said.

Withrow is now encouraging family members to get tested.

“There is a lot of misunderstanding out there,” she said.

“People still believe it’s very expensive and insurance won’t cover it, and that insurance companies are going to discriminate against you based on their results,” Withrow said. “There are still people who believe ‘Well, if it’s positive, there’s nothing I can do about it.’ That’s not true. Knowledge is empowering.”