Sounds of the Symphony

Sounds of the Symphony 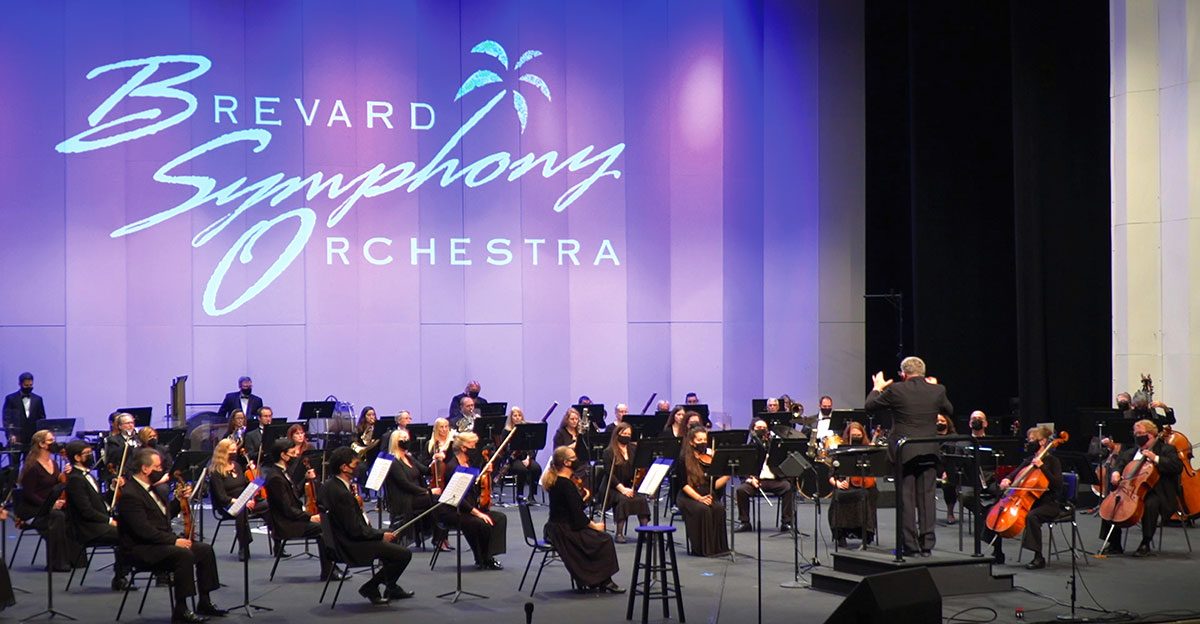 Members of the Brevard Symphony Orchestra wear masks [except for wind and brass musicians while they are playing] and are socially distanced as they perform. BREVARD SYMPHONY ORCHESTRA

For 68 years the Brevard Symphony Orchestra has been performing live symphonic music that leaves the audience breathless. There is really nothing quite like a live performance of 50-100 musicians playing in perfect harmony with the melodic strings and mystical tones of the woodwinds contrasting sharply with resonant brass and powerful percussions, with movement and tempos that stir emotions deep within the soul. Finally, they will be performing live again at the King Center in Melbourne after a hiatus due to the pandemic that swept the nation.

It all started in 1954 when accompaniment was needed for a performance of The Mikado being presented by the Northrop Glee Club. Thirteen musicians gathered for the performance and decided to remain together under the name of Brevard Light Concert Orchestra. Concerts were held regularly for the next several years and a decade later the Brevard Symphony Orchestra was incorporated as a nonprofit organization. 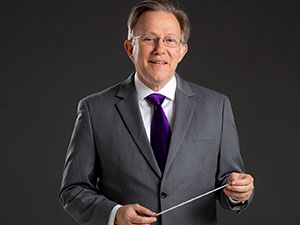 The BSO grew exponentially during the next 20 years and was designated the orchestra-in-residence for the new Brevard Performing Arts Center [now known as the King Center for the Performing Arts] in 1987.

Maestro Kypros Markou led the very first performances of the BSO at the King Center and every performance there on through spring of 1994 when he resigned to accept a position at Wayne State University in Detroit. After an extensive search, the BSO announced the appointment of Christopher Confessore as the new music director and principal conductor in 1995.

“Confessore is an incredible musician and director,” said BSO executive director David Schillhammer, who came to BSO after serving as executive director for the Orlando Philharmonic Orchestra for 16 years. “His programming acumen is beyond compare and his artistic leadership is respected and admired throughout the industry. Audiences relate to him when he’s on stage and the musicians love working with him.”

IMPROVISED CONCERTS
Like everyone else the BSO was sidelined during the pandemic and organizers had to come up with creative ways to keep their subscribers engaged.

“In March of 2020, it became clear that the world was shutting down and we shut down with it,” Schillhammer said. “We had two remaining concerts on our subscription season and we rescheduled those for October.

“Things didn’t get any better so we performed those concerts virtually. We had a professional videographer and engineer record and produce the concert and sent it out to all subscribers and single ticket buyers for their viewing one week after the concert took place. That went over very well. We also marketed it to nonticket holders for a suggested donation of $20 although the average donation was $28. We delivered all the concerts, albeit in a different format.”

“We reimagined the 2021 season that was to run January-April 2021,” Schillhammer continued. “All nine subscription concerts were performed on stage to a small socially distanced audience and recorded and streamed to those who felt safer watching it from home.”

Individual BSO musicians stepped up to lift the spirits of symphony aficionados during the pandemic by recording and sharing online performances from their homes. The online mini-concerts are still available on the BSO website. 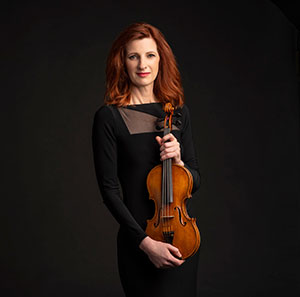 Holly Mulcahy will perform a violin concerto in January that she commissioned from film composer George S. Clinton.

BACK ON STAGE
The BSO can’t wait to perform live again at the King Center this season. Opening night of the BSO’s 68th season was Oct.16 with a global performance of symphonies in Around the World in 80 Minutes. Concertgoers were treated to a magical, musical journey with a program of familiar light classical works. The tour stopped in England, Italy, France, Egypt, Norway and Imperial Russia before heading back home with the feeling that you’ve circumnavigated the globe.

Home is where the heart is during the Letters from Home concert at 2 and 7:30 p.m. Jan. 22. Composers on this program take you through incredible storytelling, sentimentality, and rustic folk songs. Holly Mulcahy will perform The Rose of Sonora, the violin concerto she commissioned from film composer George S. Clinton. 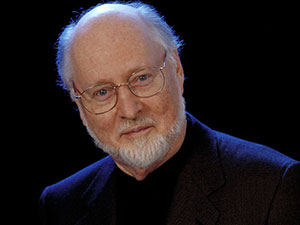 A 90th birthday tribute will celebrate The Wondrous World of John Williams on Feb. 5 at 2 and 7:30 p.m. Steven Spielberg once said, “Without John Williams, bikes don’t really fly, nor do brooms do Quidditch matches, nor do men in red capes. There is no Force, dinosaurs do not walk the Earth, we do not wonder, we do not weep, we do not believe.” Prepare to be moved with selections from many of his award-winning scores, including Harry Potter, Star Wars, Jurassic Park, Indiana Jones and more.

Clash of the Titans will play at 2 and 7:30 p.m. on March 12 featuring the third of four overtures Beethoven wrote for his only opera, Leonore [later changed to Fidelio]. Paul Huang will perform Tchaikovsky’s only violin concerto and Shostakovich’s Symphony No. 1.

The BSO will close out the season with Roman Holiday on April 9. You’ll be immersed in sounds that only Berlioz and Respighi could create and enjoy Chopin’s Piano Concerto No. 1 performed by superstar pianist Joyce Yang. 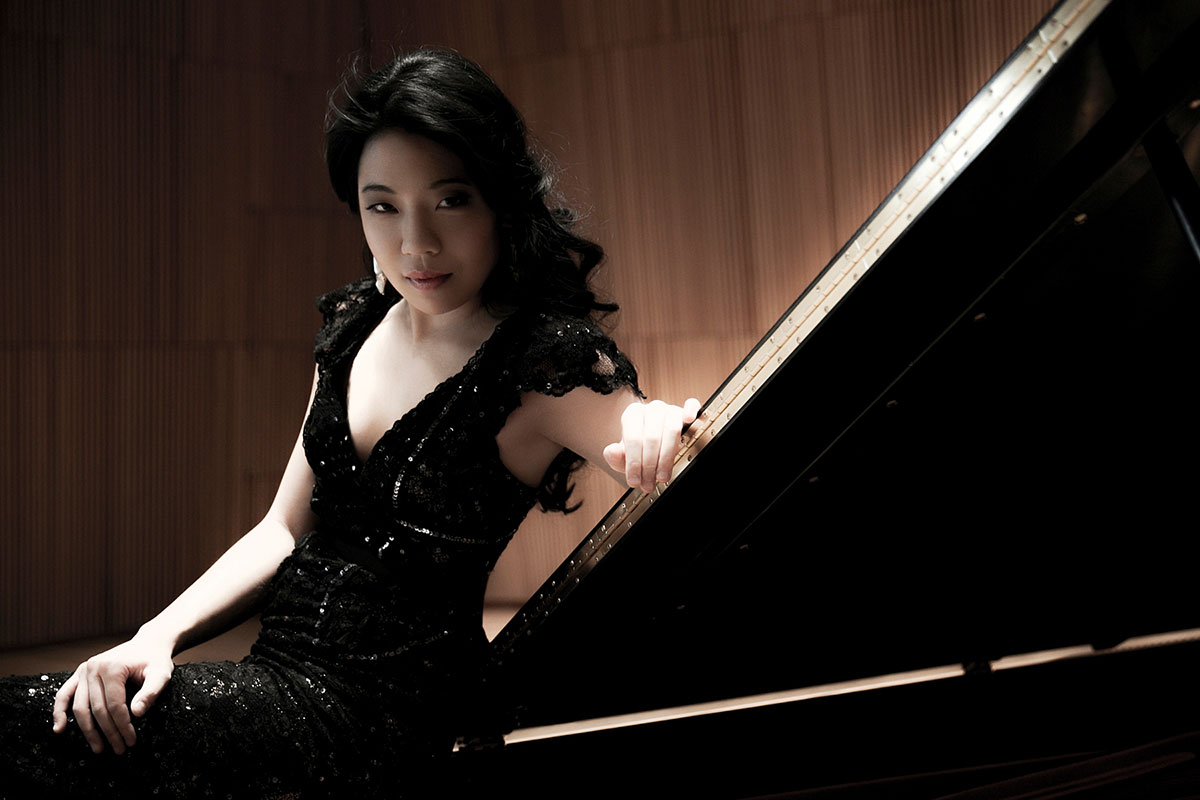 Pianist Joyce Yang closes out the season on April 9 with a performance of Chopin’s Piano Concerto No. 1. 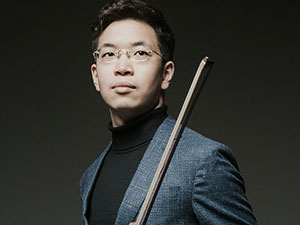 Tchaikovsky’s only violin concerto will be performed by Paul Huang during a concert at the Community Church in Vero Beach.

ON THE ROAD
While most of the BSO’s performances are held at the King Center, it partners with the Indian River Symphonic Association to bring the orchestra to Vero Beach for three public performances at the Community Church. This year’s lineup opens with The Wondrous World of John Williams on Feb. 4 at 7:30 p.m., followed by violinist Paul Huang on March 13 at 7:30 p.m. The third in the series will feature pianist Joyce Yang on April 8 at 7:30 p.m. All three will be conducted by BSO’s own Christopher Confessore.

Vero Beach residents can also hear the BSO perform locally during the May Pops concert sponsored by the Cleveland Clinic Indian River Foundation. The outdoor concert will be held at Windsor Polo Club on May 3 and it’s a fun, light pops concert you won’t want to miss. This time-honored tradition marks an end to the busy Vero Beach cultural season and is a truly elegant afternoon.

It can be a bit formidable when the orchestra, which has 50-100 professional musicians, performs on stage at one time. BREVARD SYMPHONY ORCHESTRA

“The BSO’s commitment to the community is one of the things that inspired me to interview for the executive director’s position,” said Shillhammer. “The first time I saw them on stage they were performing side by side with the Brevard Symphony Youth Orchestra giving budding young musicians a chance to share the stage with professionals. It was mesmerizing.”

With so many performances on the Space and Treasure coasts there is no reason not to experience the excitement and passion of the Brevard Symphony Orchestra.