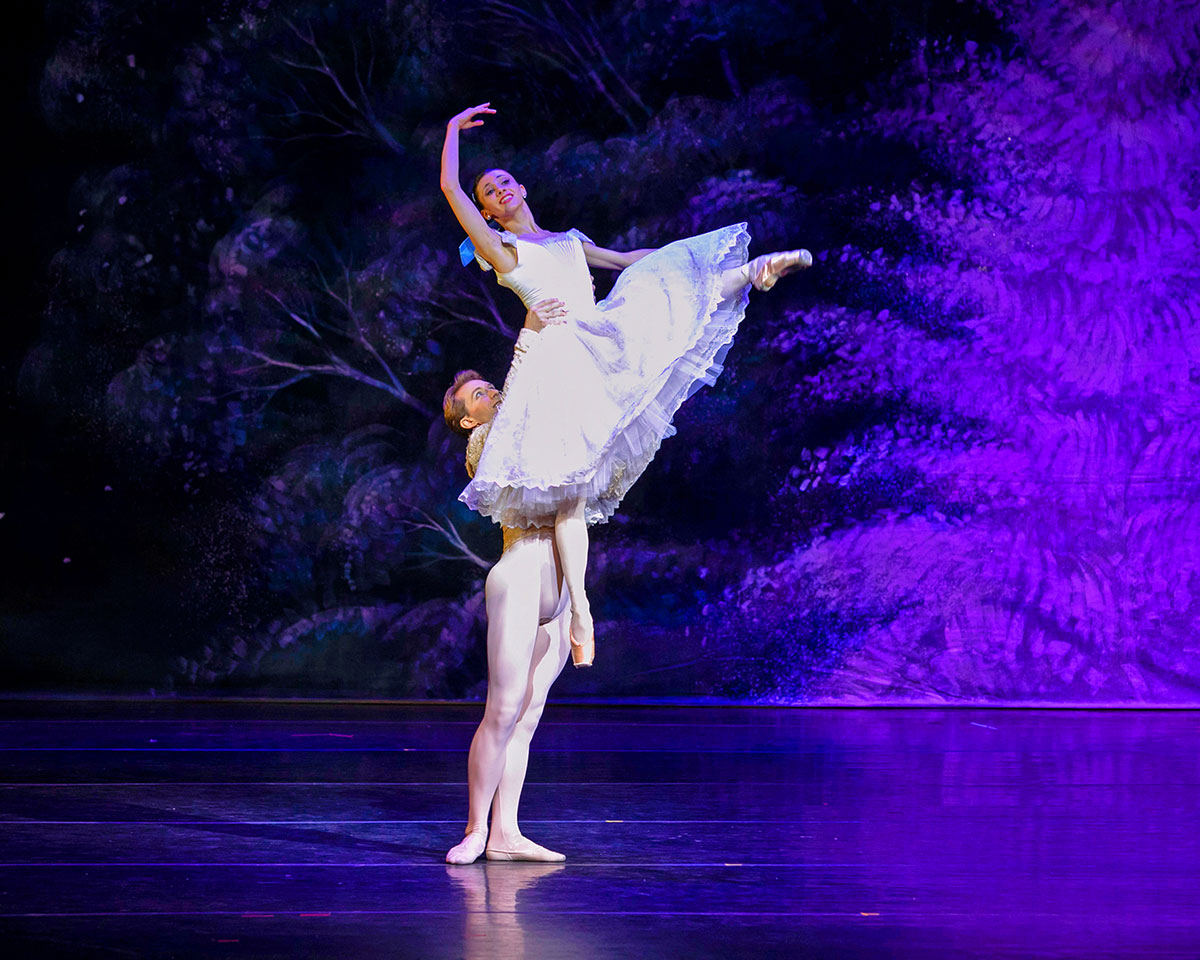 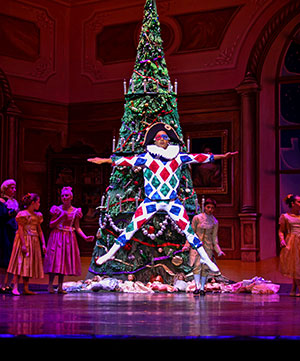 Professional dancers join forces with area talent throughout the production.

It is pretty much a given for every community of a certain size to bring out Tchaikovsky’s iconic The Nutcracker ballet during the holidays. However, not that many can boast, like Brevard can, of a production aglow with lavish sets and costumes straight from Russia, music by a professional symphony orchestra and an award-winning choreographer to pull it all together … plus two very important law enforcement officials in the cast and a live unicorn, to boot.

The magic is possible thanks to Space Coast Ballet Company and the people that support it in so many ways.

“Private donations allowed Space Coast Ballet Company to have authentic sets, scenery and costumes fabricated at the Kirov Ballet in St. Petersburg, Russia, specifically for the King Center,” said Loretta Grella, vice chairman of the all-volunteer group that serves as resident ballet company of the King Center for the Performing Arts. “The sets are truly spectacular.”

“He is continually sought out as a guest performer around the world,” Grella said. 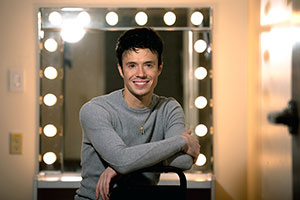 Gatti earned the Youth American Grand Prix competition in New York, where he received not only a gold medal, but also a scholarship to London’s Royal Ballet School. He was nominated in 2006 for best male dancer at the prestigious Moscow ballet competition Benois de la Danse in Moscow and was principal dancer for the Cincinnati Ballet and the Corella Ballet and first soloist for the Boston Ballet.

He is also a master teacher of ballet and has taught at the Ballet Philippines Company and School, the National Capital School of Ballet in Australia and the Youth America Grand Prix.

Becoming part of the company was an easy decision for Gatti.

“I think it’s important to give back to the community and SCBC has the perfect model for doing just that,” he said. “I love how SCBC supports the community by giving students the chance to perform on the King Center stage.” 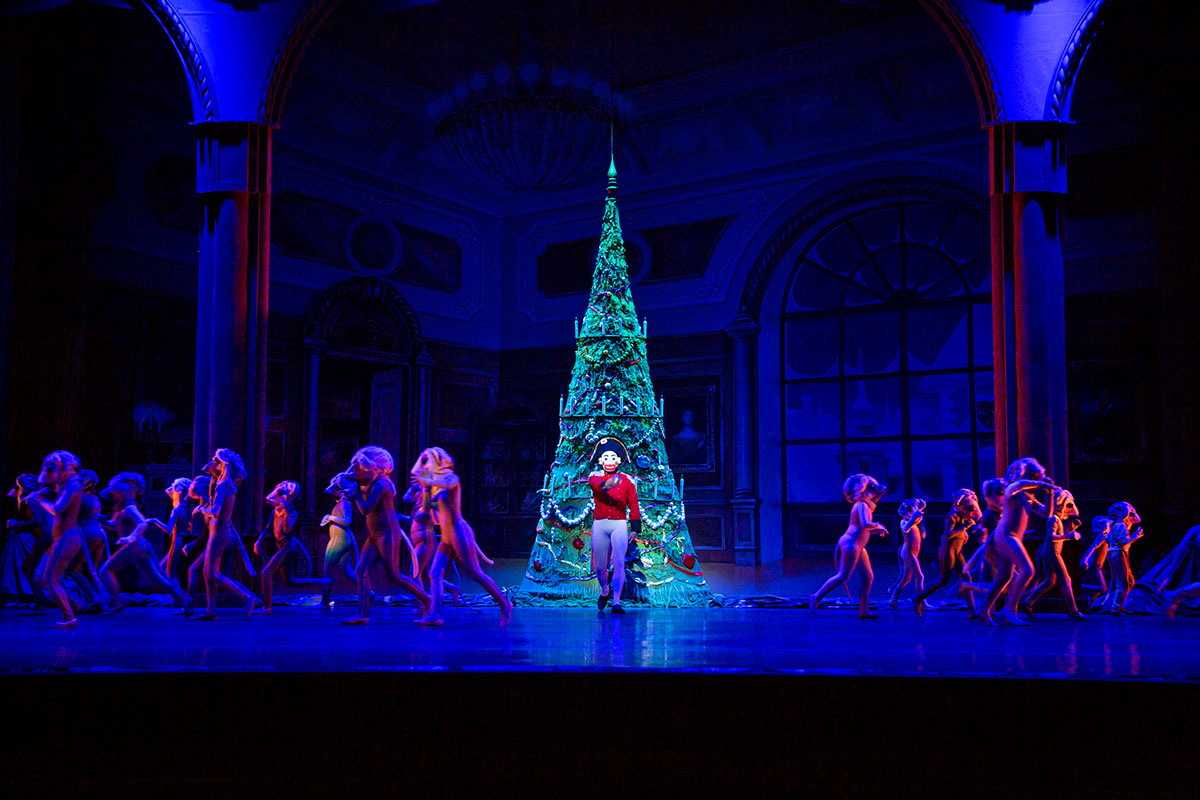 The ballet’s mischief of mice is composed of dancers from area ballet schools, who are encouraged to audition for a part in the annual tradition. 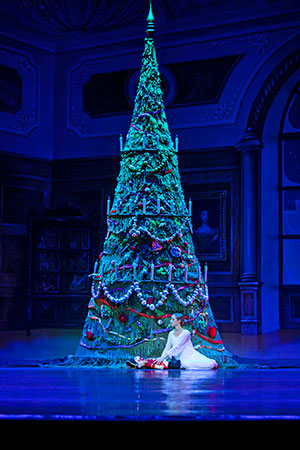 LOCAL DANCERS WELCOMED
More than 100 dancers from local dance studios auditioned for The Nutcracker this year and, under Gatti’s tutelage, will perform alongside professionals on the King Center main stage.

This philosophy of highlighting young, local talent along with world-famous dancers, together with a consistently high level of performance and production, brings audiences back to The Nutcracker year after year.

“It takes no less than a small army to mount SCBC’S annual production of The Nutcracker,” said Kathleen Weidmore, a community member who has been part of the performances for 18 years. “This project has attracted volunteers from every segment of the population, all ages, genders, races, a true representation of our community. From costume sewers, prop handlers, makeup artists, backstage guardians and performers, each person’s contribution is no less significant than any other.

“It’s always humbling to witness that as the magic is happening on stage, hundreds of people are working in concert behind the scenes to ensure that all goes well. It is a soul-satisfying experience.” 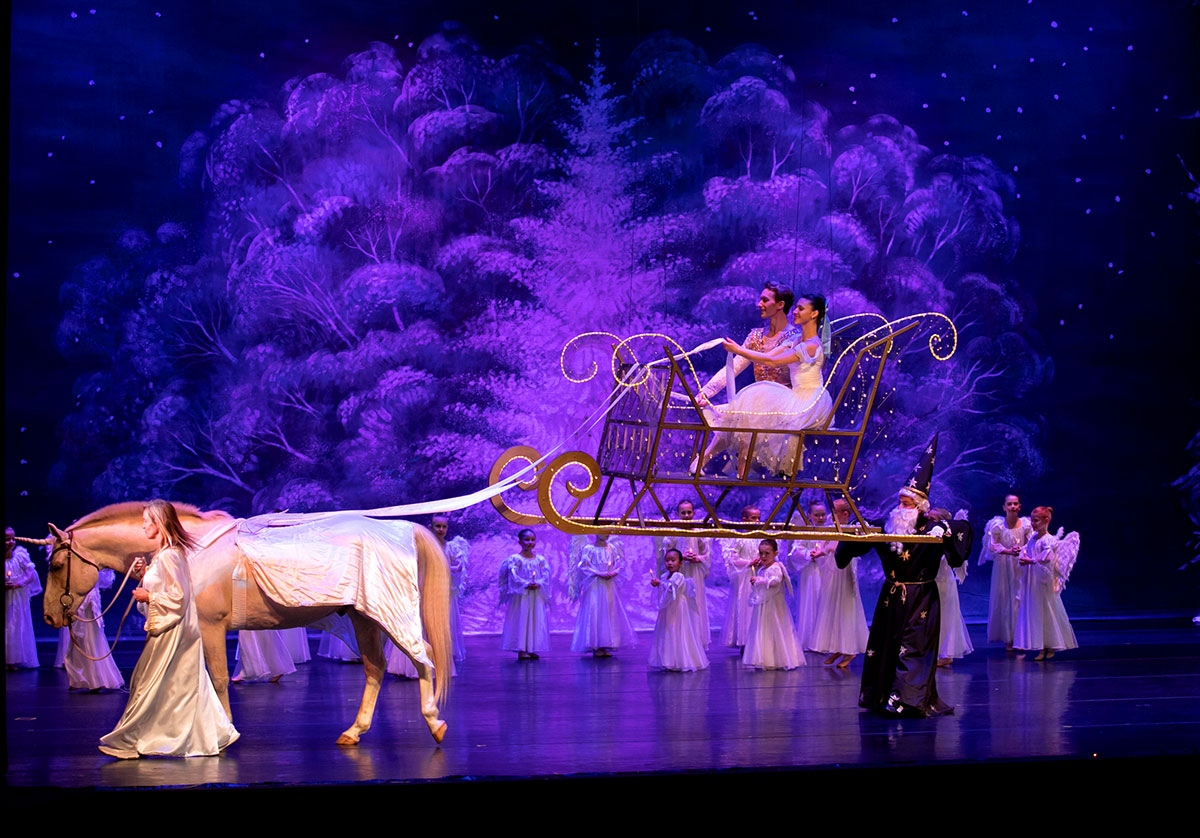 Retired therapy horse Tucker is a Nutcracker regular as the unicorn that helps transport Clara and her prince to the land of dreams.

SPECIAL PERFORMERS
As for guest performers, the ballet features local stars such as Junny the bloodhound, a member of the Brevard County Sheriff’s Office’s K-9 Unit, and his trusty human sidekick, Sheriff Wayne Ivey, who both add an extra layer of charm to the production. Ditto for the appearance of volunteer Glynis Simon’s retired therapy horse, Tucker, disguised as the snow-white unicorn that transports Clara and her prince.

Space Coast Ballet Company is as unique as the production it orchestrates. Since it is not a ballet school, it welcomes dancers from around the county to audition for the production, and the dancers flock to the opportunity. It is also a group with a big heart, as the company annually donates seating to children in Title I schools and to organizations serving children, as well as to groups that help adults with disabilities. 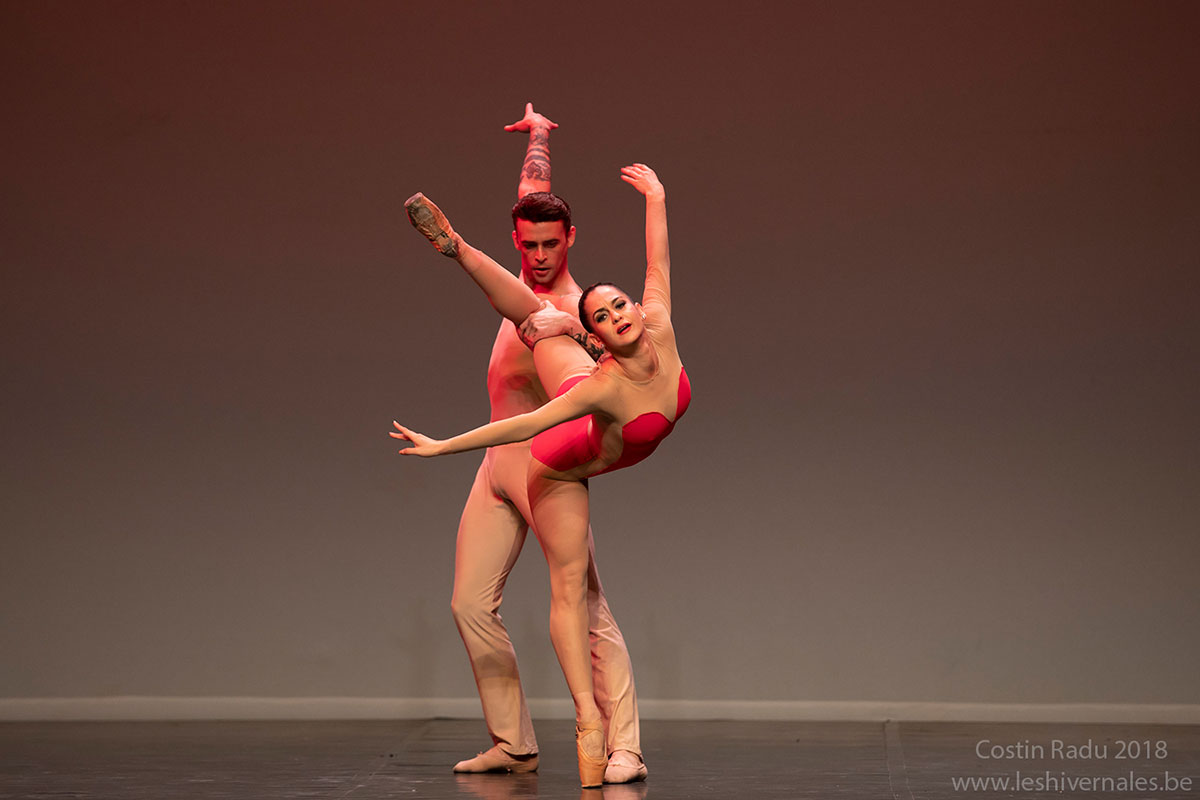 “In addition to gifting tickets to the underserved in the community, SCBC provides dance education in the elementary schools and recently added free ballet classes to Promise in Brevard,” Grella added.

The group has also instituted a scholarship program for dance classes to underserved children at the studio of their choice.

While The Nutcracker is the primary project, it is not its only one. The company has brought another Tchaikovsky classic, Sleeping Beauty, to Brevard, as well as Spartacus and the International Dance Festival.

Every project the company undertakes, from The Nutcracker to dance classes, has a single goal.

When: 2 and 7 p.m., Saturday, Dec. 4
Where: King Center for the Performing Arts, Melbourne
Tickets: start at $29.25. Military, first responders and children under 12 receive 10 percent off. All audience members, including infants and toddlers, must have a ticket.
The cost of a VIP experience is $110 and includes premium seats and a backstage meet-and-greet.
Ticket information: kingcenter.com or call 321.242.2219