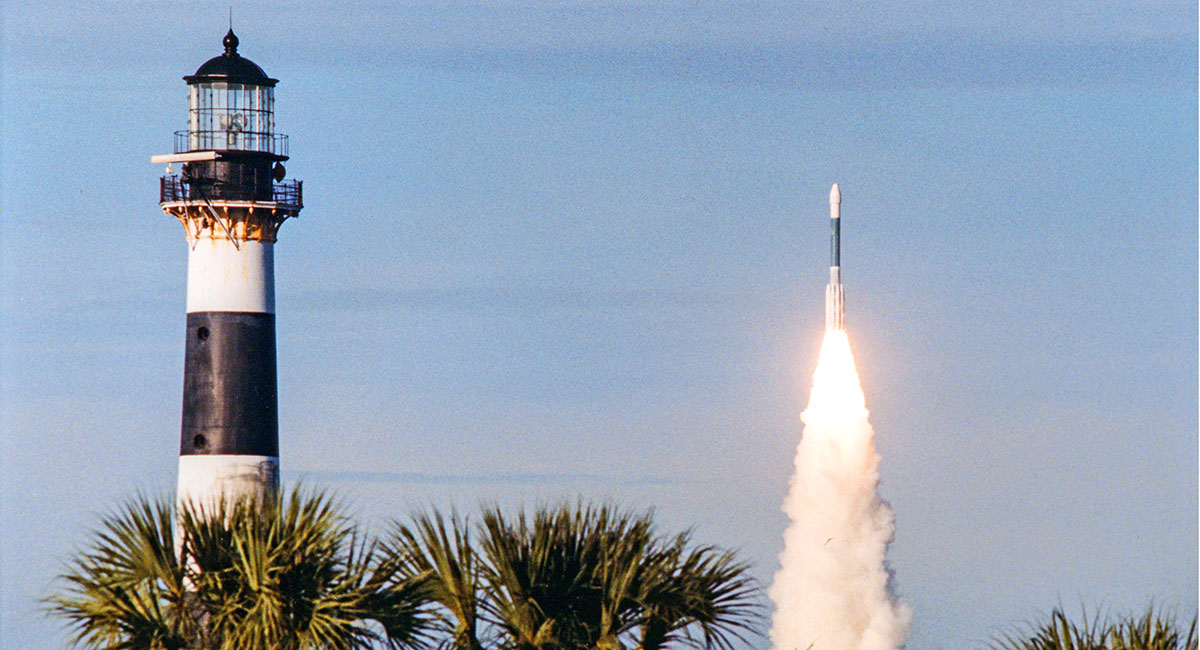 Canaveral tower has guided seafarers for more than two centuries 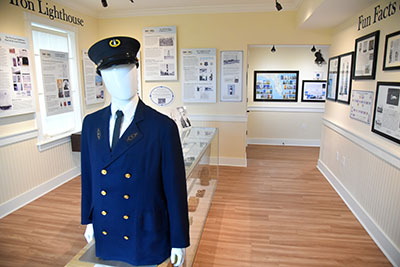 Visitors to the Canaveral Lighthouse Museum will find displays from the lighthouse’s nearly 180 years of history, including the uniform once worn by lightkeepers. FRED MAYS

The Cape Canaveral Lighthouse is one of the oldest lights on the Florida coast. The original structure was built in 1848 and stood 65 feet tall. It was abandoned a year later during a Seminole Indian uprising. When the threat passed, the blinking white light was put back in operation until the Civil War, when it was ordered darkened by the Confederate government.

In 1868, a 151-foot tower was built out of cast iron and bricks and is the same black and white striped tower that stands today, but in a different location. Because of erosion concerns, the tower was painstakingly disassembled in the late 1880s and moved inland, by a mule-drawn rail system, over a mile to its current location. It was relighted in 1894.

There are 179 steps on a twisting interior stairwell that leads to the top where visitors can get a closeup view of the light and a panoramic view of the Space Coast.

The light was originally fueled with oil, then kerosene, and finally converted to electricity in 1931. The light emits a signature dual flash every 20 seconds, visible as much as 18 miles out at sea.

Today, even in this age of GPS and satellite navigation, the tower still serves as an aid to navigation through the treacherous shoals of the Port Canaveral Inlet. The tower is maintained and operated by the U.S. Coast Guard, and is on the Cape Canaveral Space Force Base, not far from the rocket launch complex. Access is controlled by the 45th Space Wing at Patrick Air Force Base.

The operation of the light is automated and no longer manned by lightkeepers.

The tower is supported by the Cape Canaveral Lighthouse Foundation, which raised funds to restore and convert the old lightkeeper home into a museum. The museum is open for tours, but the lighthouse and museum are on the Cape Canaveral Space Force Base, which is currently not permitting non-U.S. residents to come onto its property. The museum features historical items and educational displays that detail the history of the light and lightkeepers. The foundation hopes to build two other cottages at the site, to replicate the homes of assistant lightkeepers. Information about the foundation can be found at canaverallight.org. 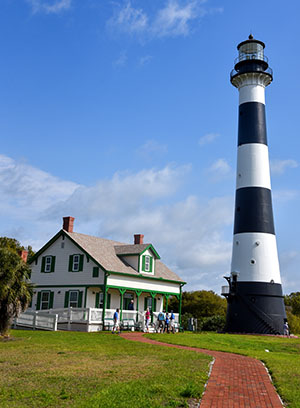 The Canaveral Lighthouse sits on land that is part of the Cape Canaveral Space Force base. The other building is the restored lightkeeper house, which now is home to the lighthouse museum. FRED MAYS

for teenagers and $39.95 for children

Tours: Must be made two days in advance and can be booked online