Albert Einstein once said, “In the middle of difficulty, lies opportunity.” For Ricky Wise, this opportunity came in the form of his adopted family, and the team and tools at LearningRx.

“This kid blows me away.” The joy in Deborah Solid’s voice resonates as she speaks about her adopted son, Ricky Wise. “His sweet spirit, resilience and supernatural love for God” are all attributes she cherishes in Ricky.

“When you meet him, you fall in love immediately,” says Terri Clark, owner and director of LearningRx in Melbourne. “Ricky is destined for greatness. He has a tender, loving heart that goes out to people.”

Both Deborah Solid and Terri Clark are vital in the story of Ricky’s progress. But, the story really begins with Pam Siegfort, Ricky’s biological late grandmother and caregiver. As Pam battled the end-stages of cancer, she watched her grandson battle with the challenges of school and a severe learning disability. 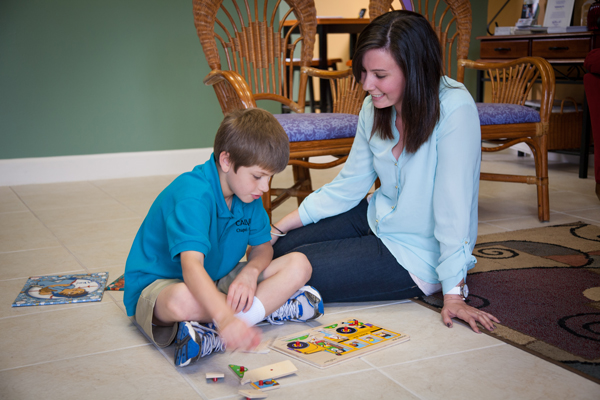 Pam knew that Ricky lacked language for self-expression and had been diagnosed with Attention Deficit Hyperactive Disorder (ADHD). It seemed that no one could understand him when he spoke, and he was in constant motion. Before the age of 3, a Child Find test revealed that Ricky was withdrawn, with poor self-care, and lacking in personal and social skills.

Already at such a young age, Ricky had experienced the loss of his father and uncle and would soon have to face his grandmother’s death. Pam knew he needed help. She had an unwavering hope for Ricky’s future.

Through a local prayer group, Pam Siegfort discovered Terri Clark and her LearningRx brain training center. After Ricky’s evaluation at LearningRx, Jessica Solid, Deborah Solid’s daughter and a close friend of Pam’s, drove Ricky and Pam back to their home. With tears in her eyes, Pam turned to Jessica and expressed that she believed LearningRx would change Ricky’s life.

“Ricky showed immediate growth in language skills after his first brain training session,” explains Terri Clark, who smiles when explaining Ricky’s experience with LearningRx. Of all the students who have come through her center, it is Ricky who has overcome the greatest challenges.

“We had to start at the very beginning with Ricky working on phonemic awareness, the ability to identify and manipulate individual sounds (phonemes) in spoken word.  From there we were able to train the sound to code identification so he could begin to read,” she explains.

In the final months of Pam Siegfort’s struggle with cancer, the Solid family became a support to Pam and Ricky. Deborah and Jessica Solid would often transport Ricky from school to LearningRx for his brain training sessions.

When Pam had to undergo treatment, the Solid family invited Ricky to stay in their home. At the time, Ricky’s future was so uncertain. Deborah Solid began to wonder what role her family played in the big picture. 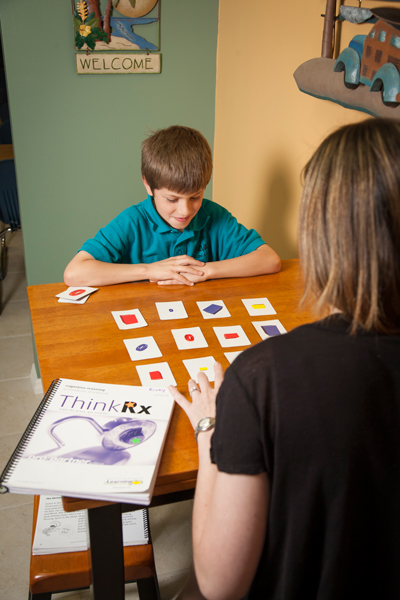 Eventually, the Solid family decided to make Ricky a permanent member of the family, with the help and empowerment of the team at LearningRx.

“We are in this with you,” Terri Clark had promised Deborah Solid. She assured the family that she and her team would help navigate Ricky’s education process and would continue to support Ricky’s growth.

On December 16, 2011, the adoption process was complete. Ricky Wise found himself a permanent member of the Solid family. With the knowledge that her grandson would be a part of a loving and complete family unit as she had always wished for him, Pam Siegfort passed away in peace five days prior to his adoption date.

At the start of this school year, Ricky Wise was failing most of his classes. Now, with 160 hours of brain training at LearningRx behind him, Ricky’s latest report card reflects his great achievements. Ricky has an A in math, a B in language arts and a C in reading.

Deborah Solid marvels at her new son’s success. “Ricky spent three years in school and could never read. Now, after only six months with LearningRx, Ricky is reading,” she says.

She is also happy to report that Ricky’s speech is now entirely comprehensible and he displays a joyful demeanor.

Ricky’s auditory processing has developed through the stimulation of his neural pathways in a process known as neuroplasticity. LearningRx’s brain training activities stimulate neurons to learn new tasks. Neuronal connections are strengthened by the repetition of a practiced task. As a result, the brain’s pathways adapt and grow with each new challenge. In essence, it is possible to change the brain and its capacity to process new information. “A healthy brain naturally seeks to operate as efficiently as possible. It is designed to learn. If you expand the brain capacity and connections, it will take advantage of the new resources every time it faces a processing task,” according to Dr. Ken Gibson, founder of LearningRx.

Terri Clark wants parents who are struggling with their children’s learning process to be encouraged.  “With brain training, there is a hope for a future. If there is some level of communication in a child, there is help that can be given.”

As a parent, Terri Clark remembers the day she was told that her own child would probably not graduate from high school. “Now he has his master’s degree from the University of Florida,” she beams.

Terri Clark never gave up hope for her son, which eventually led her to Dr. Gibson and LearningRx. Now, she helps others to find a hope filled future through her own LearningRx franchise. For more information on LearningRx in Melbourne, call (321) 727-3996 or visit LearningRx.com/Melbourne.