BRIDGING PAST AND FUTURE

For more than two decades, hairstylist Karen Lewis has witnessed the ebb and flow of the Eau Gallie Arts District from the window of her salon/art gallery on Melbourne’s Highland Avenue.

The historical Ginter Building, where her Alla Prima Salon resides, will have big neighbors in the form of the ultra-luxe hotel and restaurant/entertainment space that is the vision of local entrepreneur Larry Jarnes. 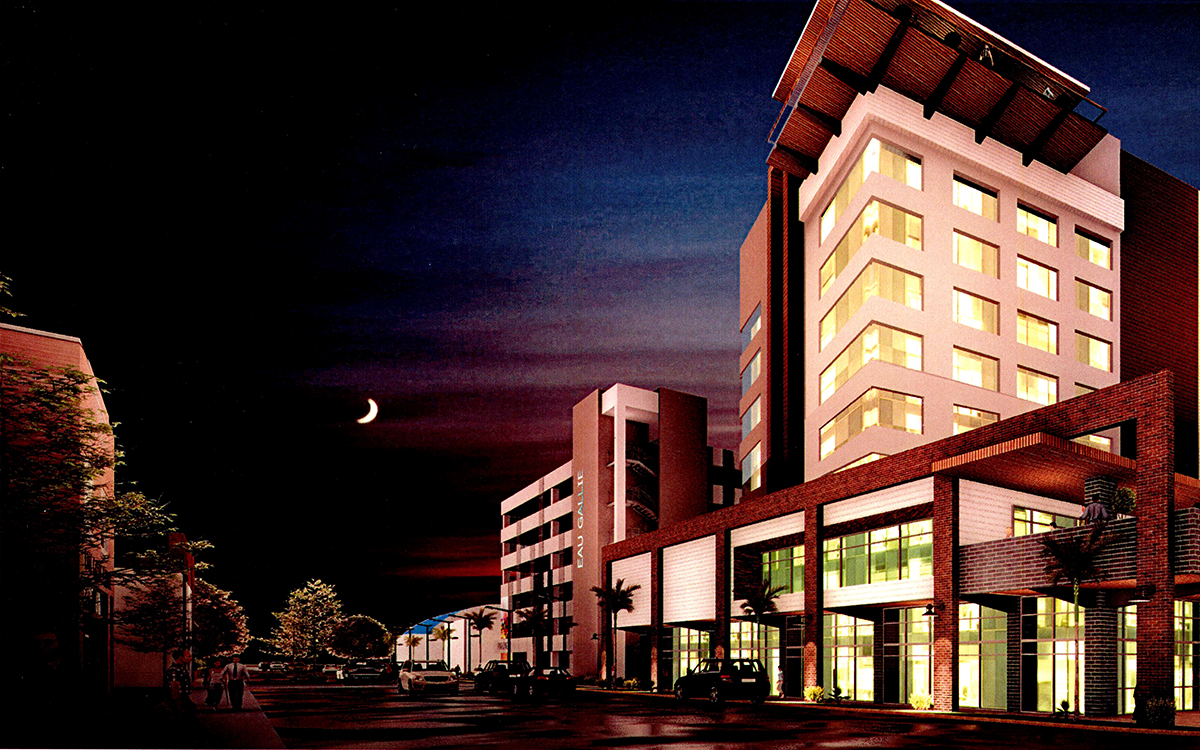 Jarnes’ Northboro Builders is going full guns, although the project is still in its conceptual stage, with final tweaking expected. One thing is certain: Foosaner Art Museum, just a few hundred yards from Alla Prima, will be razed to make way for a four-star Unscripted Hotel by Dream Hotel Group, a New York-based boutique lodging brand. The 160-room/suites hotel will feature a rooftop restaurant with cocktail lounge and pool, an additional restaurant on the ground floor, plus banquet facilities and a coffee bar. Jarnes expects to break ground this year for the two-year project.

Across the street from the little Ginter Building, a restaurant or distillery will replace the Foosaner’s education wing. 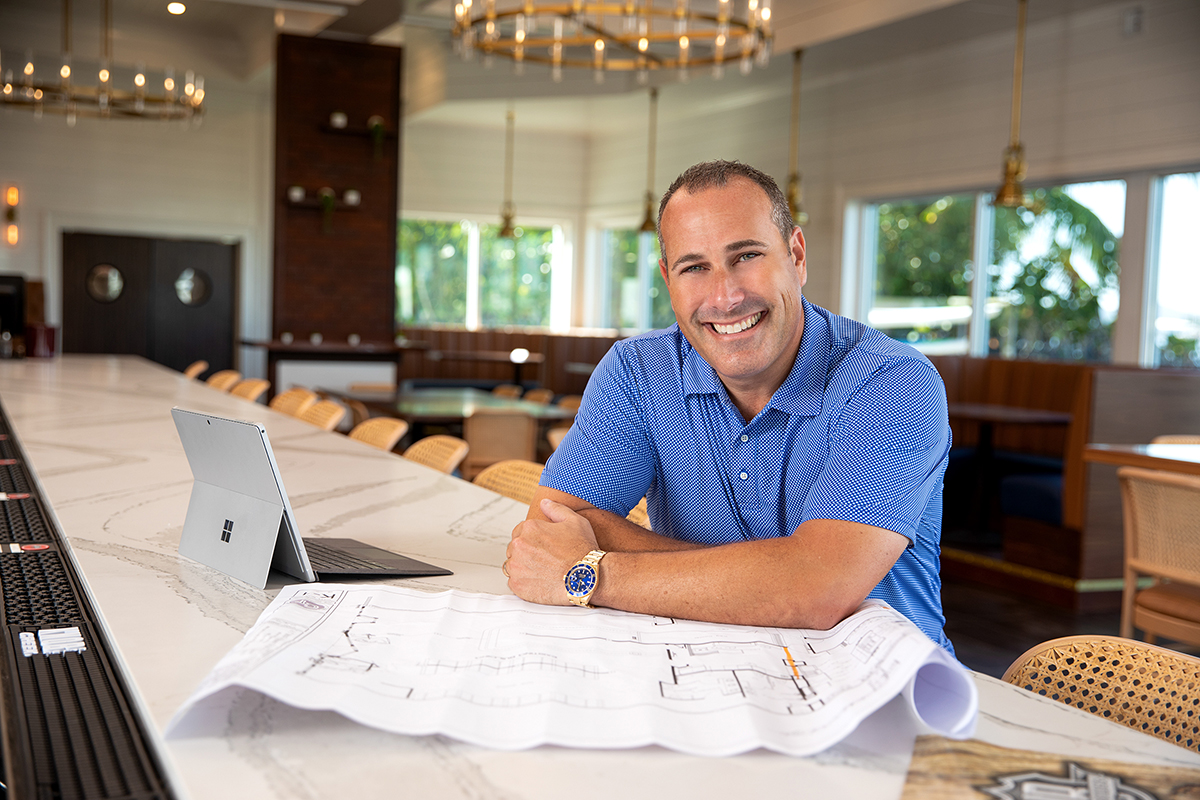 Jarnes is also working with the city on a 500-spot public parking garage. The city is additionally working on another major EGAD project, expected to be completed early this year. The Pineapple Avenue Complete Streets Project includes construction of a multi-use trail on the east side of Pineapple Avenue, from Montreal Avenue to Pineapple Park.

“The hotel and surrounding area will present a more contemporary atmosphere,” Lewis said.

Like many of Eau Gallie’s fans, Lewis hopes the district does not lose its artistic vibes.

“I like the small-town quaintness of the area, and I am afraid it will lose its artistic flavor if it becomes more commercialized,” said artist Nancy Dillen, who has lived in Eau Gallie for 31 years and is one of its biggest fans. 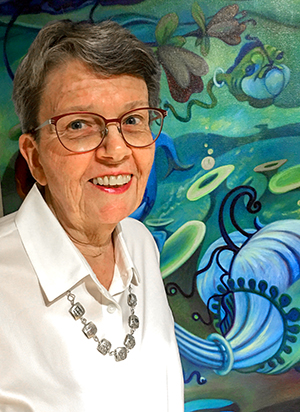 Like many residents, she is still mourning the loss of the Foosaner.

“The museum gave the Eau Gallie area a special identity, something special no other area in Brevard had,” she added.

Eau Gallie, an independent city from 1860 until 1969 when it merged with Melbourne, has always attracted artists and other nonconformists. Even its name is unusual, for while eau means water in French, gallie is not a word. It may be derived from galet, or pebble, in French and might refer to the coquina rocks so prevalent in the area.

“There’s no other spot like it in Brevard County,” said Renee Decator, a member of the Fifth Avenue Art Gallery, an EGAD fixture for 33 years.

“It’s a neighborhood that still values the historical homes and buildings, but also has a very artistic, modern vibe.”

Decator is optimistic that visitors drawn to the new development will value the surroundings.

“The gallery’s patrons are very often visitors to Brevard looking to include a trip to see the local art scene,” Decator said.

The district boasts a quirky mix of art galleries, restaurants, shops, guided mural tours and a full calendar of family-friendly events such as ArtWorks, a two-day festival that encourages participating artists to create art while exhibiting.

“It’s the epicenter of creativity,” artist Derek Gores said. “It’s the place to express yourself, make something, feel something.” 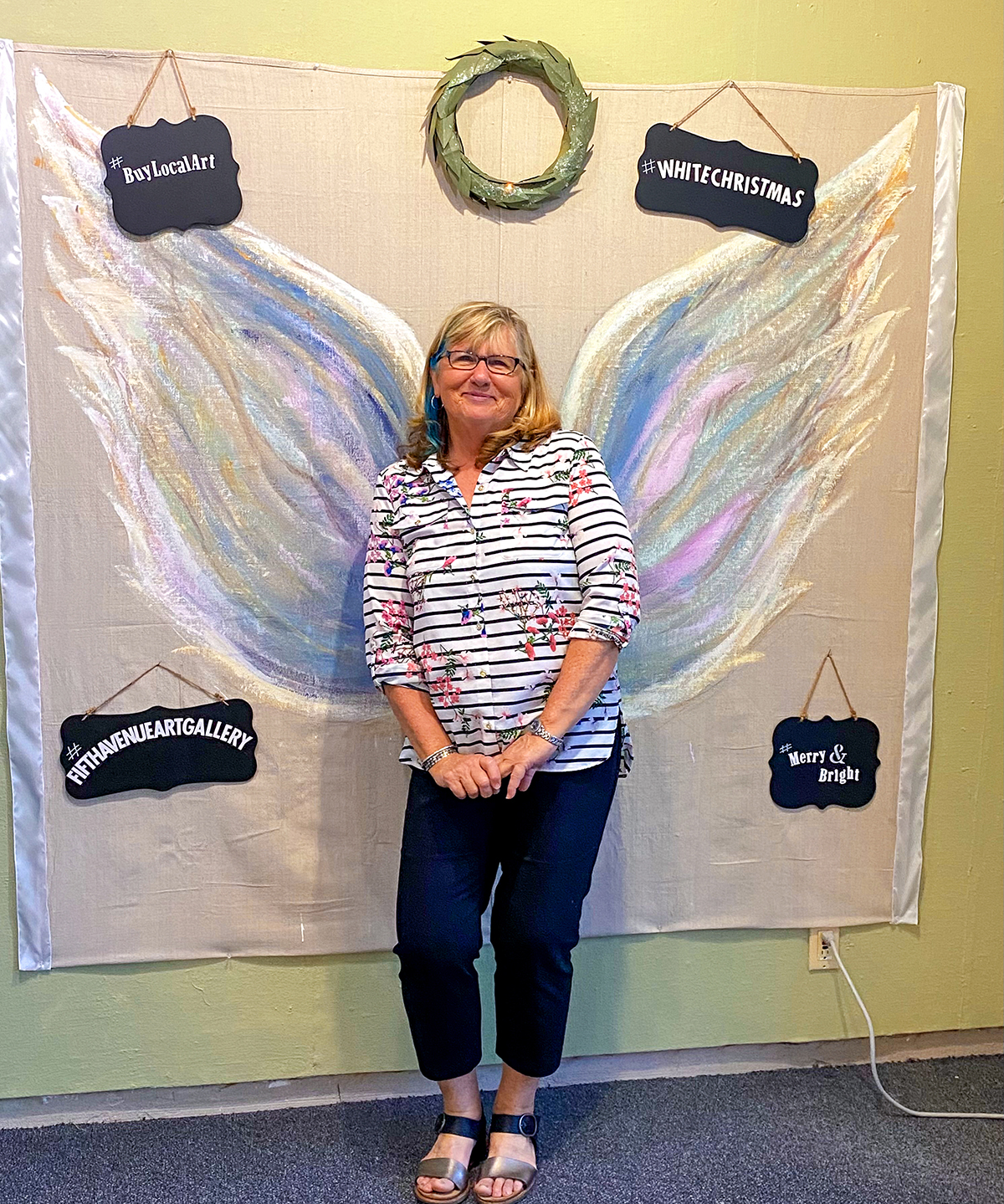 Gores believes the district will change, but not in character.

“The buzz and development are happening because of the artistic flavor,” he said. “Many of the businesses coming in are creative in nature. Many of the property owners have specifically sought businesses that add to the cultural scene. They feel it is that important. Some folks consider EGAD the soul of the Space Coast and that fits for me.”

For his part, Jarnes has promised that his new projects will honor the district’s artistic roots.

“It will be very art-centric,” he said. “We look at the whole district globally and make sure we’re not just doing things a la carte, but doing things great for everyone.”

The Orlando developer and his family fell in love with the area, and what had once been their weekend retreat has become their full-time home. He hopes the hotel he plans to build will further enhance the town’s already high scores in the lovability meter.

“This arts hotel will be the catalyst for our arts district to grow and prosper,” said Mayor Paul Alfrey, who grew up in EGAD and wants the district to retain its artsy flavor.

Jarnes, it seems, is not the only businessman who has discovered EGAD’s potential.

Festivals ranging from French films to whiskey tastings are part of the fabric of the arts district. EGAD MAIN STREET

“We have a lot of new businesses and even more opening in the next few weeks,” said Donna Lynn, founder of Synergia Global Inc. and treasurer of EGAD Main Street. “Right now, we have a lot of interest in commercial real estate.”

In July, EGAD Main Street, which helps preserve the eclectic district’s past and guides its future, presented a district redevelopment Vision Quest that, in addition to proposed hotel and garage plans, promoted redeveloping St. Claire Street as a main street connection with Highland Avenue.

Reimagined, the street would S-curve from U.S. 1 and end at Highland Avenue in front of the proposed parking garage and the Eau Gallie Civic Center.

The new St. Claire would include street parking, art-inspired roundabouts and opportunity for property owners and developers to build eight to 12 retail and office buildings in a planned fashion. 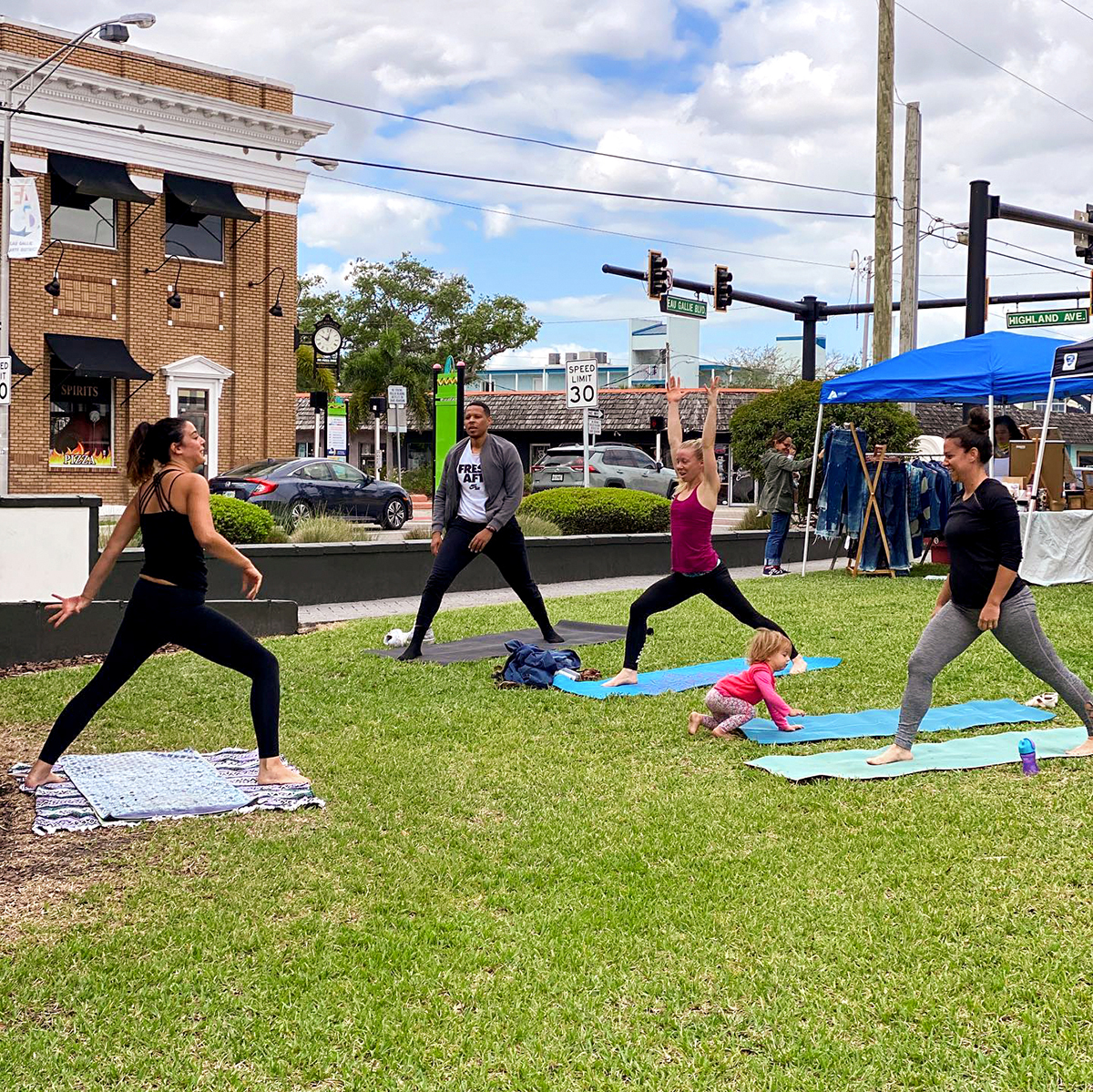 MIX OF PAST AND PRESENT

“EGAD’s Vision Quest is a culmination of past and present ideas for systematically shaping the development of Eau Gallie, the most historically significant area in South Brevard,” said Mike McBride, EGAD Main Street’s board chairman.

“It is a conversation starter, a vision with which we will work the proper channels for as long as necessary to make a reality,” he said.

If all goes according to plan, the Eau Gallie Arts District will emerge energized, but still anchored in its past.

“A foot in history and a foot in the future,” Gores said. “There’s bigger magic ahead.”