A walk through history

A walk through history 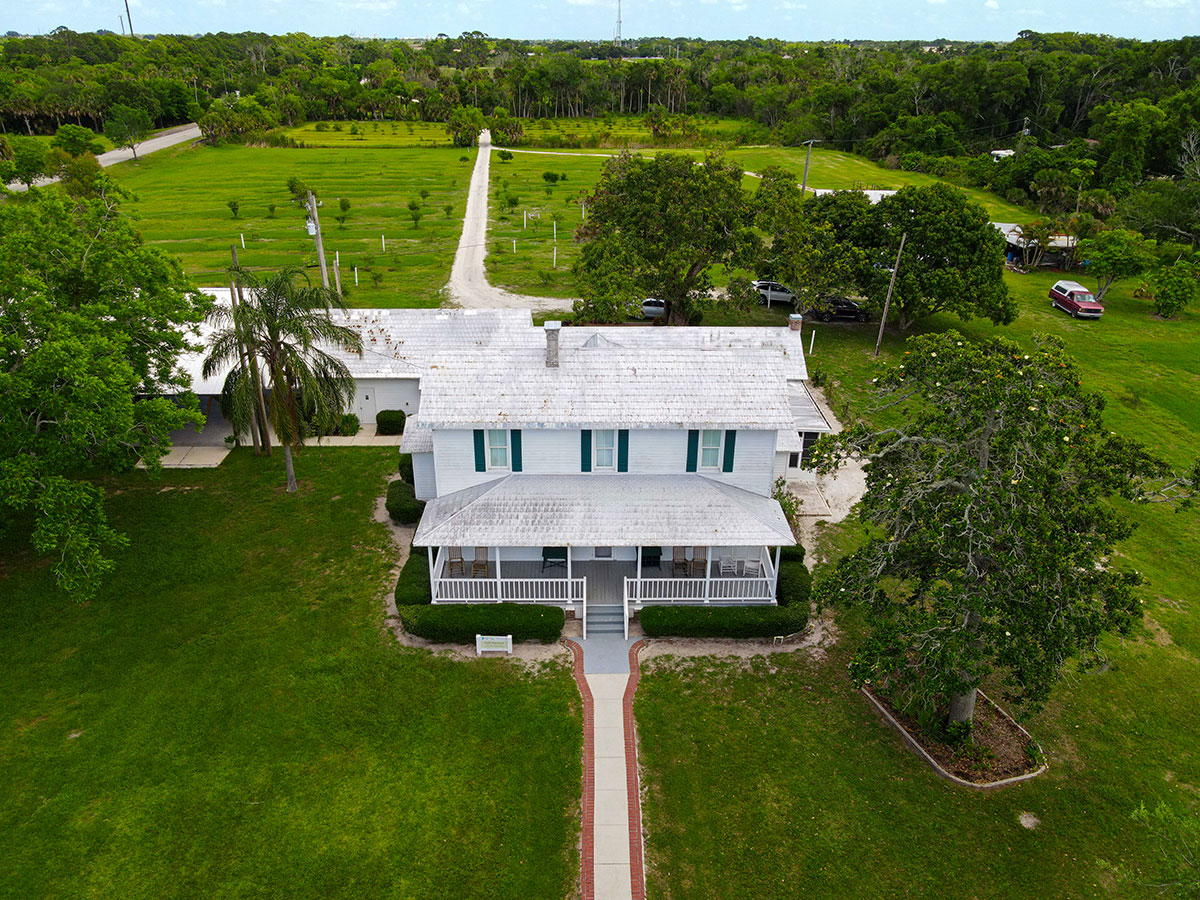 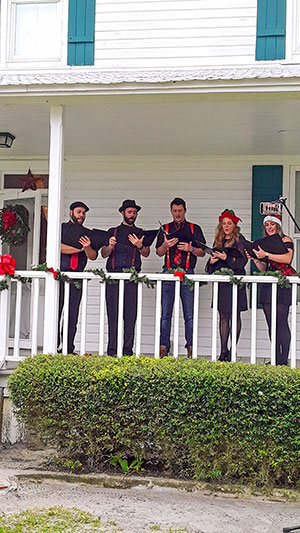 Carolers entertain guests on the porch at Field Manor, which will be part of a holiday tour of historical homes again this year. SCOTT LEVIN

“On the day of the tour, a friend and I did vintage crafts on the porch to entertain guests while they waited,” the Titusville resident said. “During the afternoon, we got to hear a young choral group sing Christmas carols.”

After a pandemic-induced hiatus, Field Manor will again be open for the joyful pleasure of holiday visits. The 1880 homestead of Brevard citrus industry pioneers is part of the Museums of Brevard Christmas Tour, which includes the county’s major historical homes.

It is not surprising that Field Manor was chosen as the 2021 holiday ornament in the collection that Zonta Club of Melbourne produces. Field Manor was never a fancy showpiece, but it was always about the essence of home and family, particularly around the holidays.

The Florida vernacular wood-frame home, constructed from sturdy Merritt Island pine, once sat among the 471 acres the Field family accumulated with the help of the Homestead Act, which President Lincoln had signed to grant farmers acreage at $1.25 an acre with the stipulation that they must grow crops to sustain them. 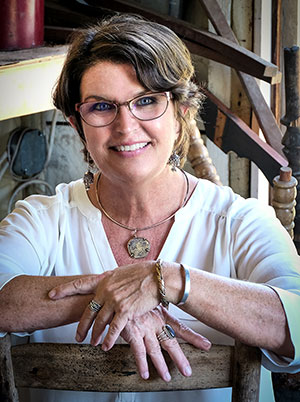 Korinn Braden, executive director at Field Manor, says the farmstead is unique because it was continuously occupied by one family and its descendants. STEVEN R. HICKS

The house was always well-loved by the family that built it.

“What makes Field Manor unique is the continued occupation of the property from 1868 to 2013,” executive director Korinn Braden said.

Family patriarch John Moss Field first came to Florida during the Second Seminole War. As many have after him, he fell in love with the charms of the place and dreamed of returning with his family, a dream that became reality when he decided to transplant his brood from Macon, Georgia, and try his hand at homesteading in the Merritt Island area.

Unfortunately, life proved difficult for the Fields, who lost their 8-year-old son the first year, prompting the entire clan’s return to Georgia, with the exception of older brothers John Robert and Samuel Joseph, who decided to stick with their Florida adventure.

Three generations of Fields have lived on the homestead, beginning with John and his wife, Eliza. Joseph, their son, and his family became the next residents and Joe Jr., and his wife, Alma Clyde, continued the tradition. 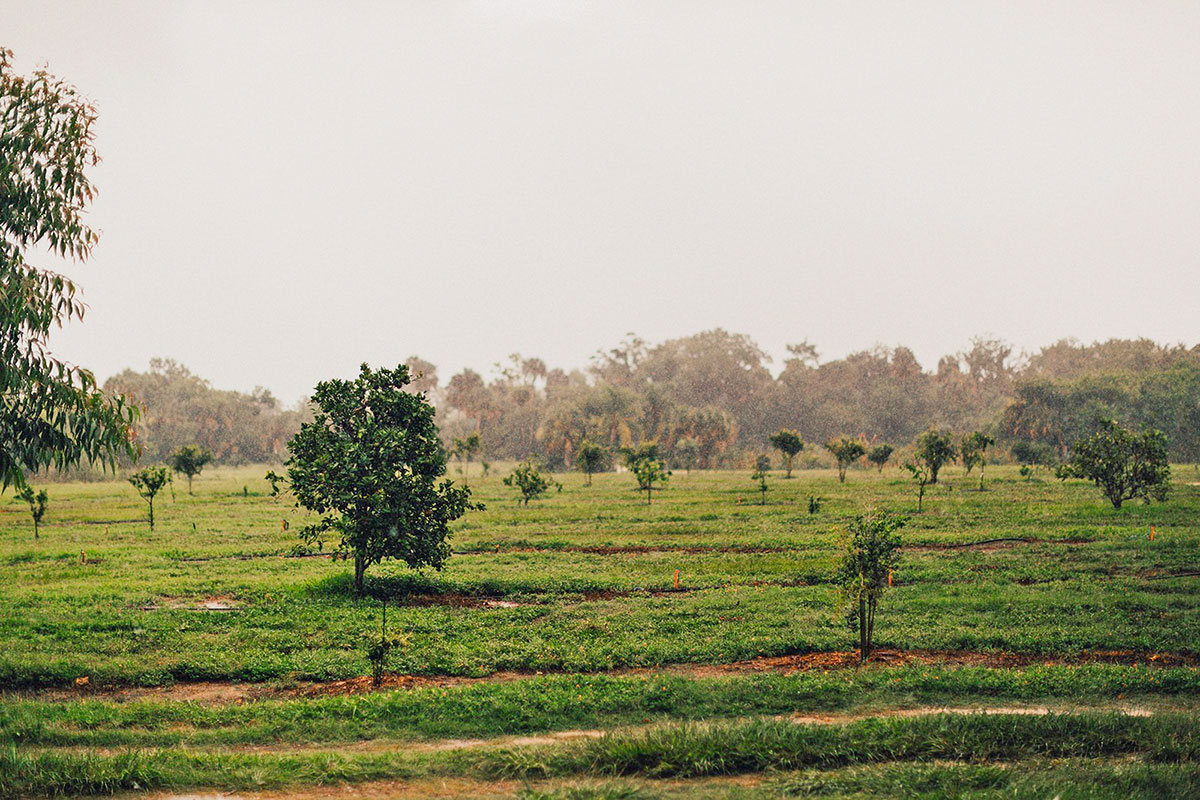 The late Alma “Clyde” Field made sure that the special place she called home survived beyond her as a lesson to future generations by establishing the Field Manor Foundation.

TROVE OF TREASURES
The thrifty family rarely threw away anything, a fortunate habit for which local history buffs are grateful, since Field Manor serves as a kaleidoscope of historical items from Brevard’s pioneer days.

“The house and packing house contain many original items, including photos, citrus equipment, books, sewing machine, furniture and china,” Braden said.
Thanks to Alma Clyde Field, there was no question the manor would ever be lost to development.

“I always think of her when I think of Field Manor, as it would not be there if it wasn’t for her,” he said. “Clyde devoted a great deal of her time and financial resources to making sure that the special place she called home survived beyond her as a lesson to future generations.”

She had the homestead listed in the National Park Service’s National Register for Historic Places and later created the Field Manor Foundation, which outlined her vision for the property to become a museum. By the time she died in 2013, she had set in place revenue for the foundation to realize her dream.

The Fields created and named the tiny town of Indianola, which enveloped the homestead and land belonging to brother Sam.

“Indianola was a smallish village, but with a clubhouse, school and church right next to each other, it was an active place, and from newspaper clippings, often events went on well past midnight,” Braden said.

The story goes that even presidents visited the clubhouse for a lively game of cards. 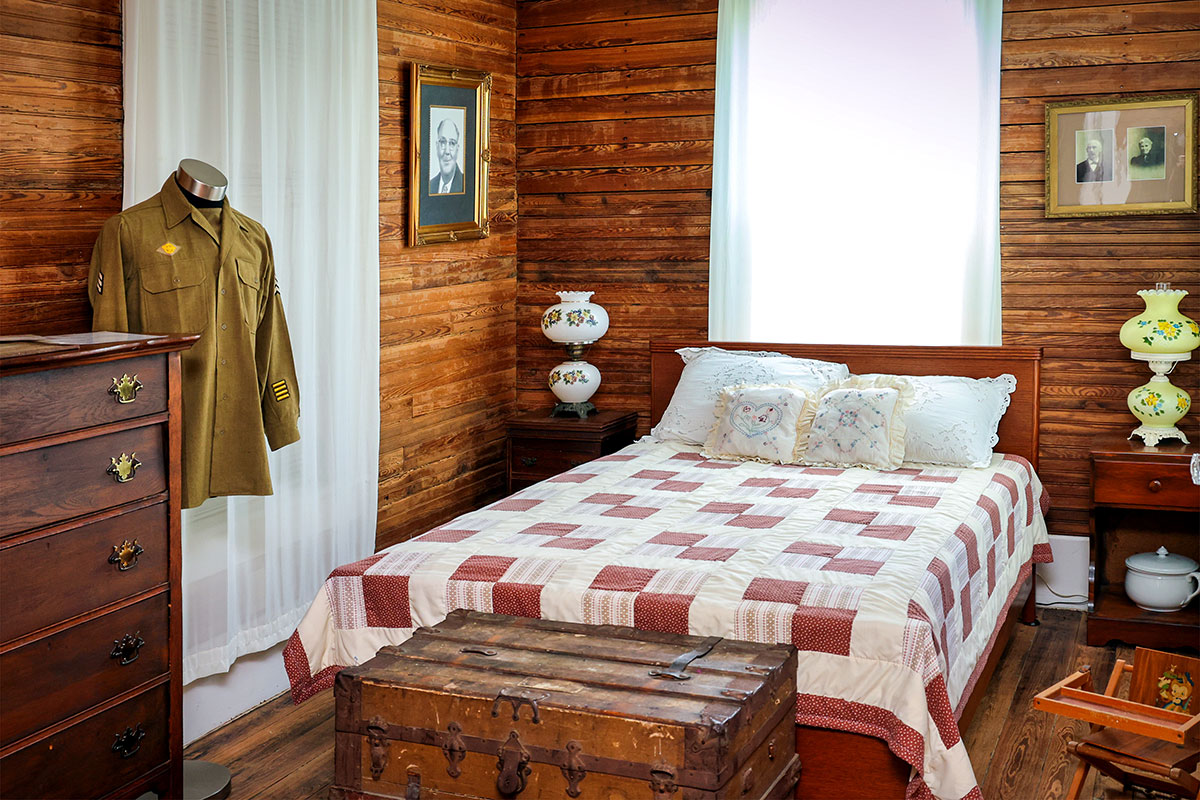 The majority of furnishings and artifacts at the manor are original to the Field family, giving the homestead an additional layer of authenticity. STEVEN R. HICKS

A MANOR CHRISTMAS
At Christmas, Field Manor and its little town glittered with activity.

In 1895, the Indian River Advocate noted that “the fancy-dress ball at the clubhouse on Christmas night was well attended and quite a brilliant affair.”

Christmas dinner probably included meats from the farm and seafood from the lagoon, for the Fields were so fond of hosting oyster and fish fries throughout the year that Field Manor recreates one of these events every fall.

“Merritt Island had lots of cattle, wild hog, ducks, chicken, as well as treats from the river,” Braden said. “I can only imagine many of them ended up on the holiday table.”

Maintaining a historical home requires lots of money and manpower, so in addition to hosting tours and school groups, Field Manor helps to earn its keep by hosting weddings and special events. Sunset weddings are extremely popular, for as a father of a bride once put it, “Field Manor sunsets are second to none.”

Beyond the house, the surrounding land also shares its past. Grove manager Darren Welch works hard in the never-ending task of farming crops the Fields would have grown way back then. Sweet potato, Seminole pumpkin, pineapple and mango abound.

WORKING THE LAND
The homestead worked with the University of Florida in experimental plantings of disease-tolerant citrus, but even Welch’s mothering did not make for a success with the project. With the university’s guidance, he is experimenting with pomegranate, loofah, dragonfruit and peppers as crops that would be viable alternatives for the ailing Florida citrus industry.

A small band of volunteers help with a range of projects. Kim McCourt and girlfriend Mary Scibone, for example, are preparing items from the old citrus packinghouse so they can be displayed.

“Taking things from the past and making them work again and setting them for display so people in the future may see them seems worthy of the time spent,” McCourt said.

“They were the very definition of pioneers in a land that was far from kind to its early inhabitants,” archivist Boonstra said. “The house and landscape at Field Manor are rare survivors and provide us with a unique opportunity to go back in time…and to do it with less bugs!”

ADDRESS: 750 Field Manor Drive, Merritt Island
HOURS: 9 a.m. to 4 p.m. Tuesdays through Saturdays.
TOURS: Guided 45-minute tours take guests through every room of the
structure and include a walk to the riverfront and the groves. Executive director Korinn Braden conducts tours from 10 a.m. to 3 p.m. Tuesday through Saturday. Visitors are asked to call ahead for timed tickets. Special tours and events such as high tea at the home’s dining table can be scheduled.
ADMISSION: $10 for adults and $5 for students age 16 and younger.
FOR MORE INFORMATION: Visit fieldmanor.org or call 321.848.0365. 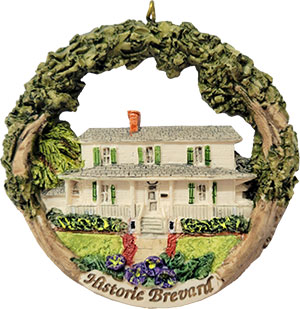 This year, Field Manor joins the lineup of historical and/or eclectic landmarks that comprise the collection of ornaments from Zonta Club of Melbourne.

Since 1999, the nonprofit has issued a holiday ornament in the shape of a Brevard landmark, from Cocoa Village Playhouse and Strawberry Mansion to Del’s Freez and the Kennedy Space Center Rocket Garden.

The sale of the ornaments helps fund Zonta’s scholarships and programs, including its initiative to raise awareness of human trafficking.

“It gives us the capacity to spread the word about Zonta,” says club member Sandy Michelson, who developed the idea for the ornaments.

The 3½-inch ornament retails for $25, or $30 with a stand. Each piece is handcrafted and hand painted at Massachusetts-based Hestia Creations.

Meehan’s in downtown Melbourne carries the entire collection, which can also be ordered through zontaspacecoast.org.

These stocking stuffers are perfect for residents, for folks who have left the area but remember it fondly, and even for tourists eager for a unique souvenir.