by Shawna Lucas -
From the Editor

It’s been 13 long years since a love triangle involving two NASA astronauts and a Cape Canaveral Air Force Station captain made front page news, but a new book by former Space Coast resident & Florida Today reporter Kimberly Moore is offering surprising insights into the bizarre situation that captured the attention of the world.

currently available for pre-order purchase on Amazon ahead of its September 1 release, chronicles the criminal investigation via the detective’s questioning of Nowak and his thoughts on her state of mind, along with extensive research into NASA’s policies on astronaut mental health care.

Originally, Kimberly had started working on the book in 2007 while covering the years-long case for Florida Today.

Notes Gone after Home Theft
However, in what can best be described as a series of unfortunate events, including the theft of her home computer and an external hard drive that contained all of her research on the story, the debut was delayed.

“I had, at that point, emailed most all of my chapters – about half the book at that time – to a friend, so I was able to piece it all back together, but it was a really scary moment to realize that someone had taken a substantial amount of my work when they robbed me,” she said.

The story, which rocked headlines around the globe, was almost too sensational to comprehend: An accomplished naval officer, Lisa Nowak was a jet pilot who had checked out on more than 30 complex types of aircraft, logging over 1,500 hours before being accepted to the astronaut’s program at NASA.

Just seven months prior to her arrest, Lisa was part of the Shuttle Discovery crew, serving as flight engineer, medical officer and mission specialist in robotics.

Love Triangle
At the time of her arrest at the Orlando airport, Lisa had driven some 900 miles from Houston to confront U.S. Air Force Captain Colleen Shipman, the new girlfriend of Lisa’s former lover, William Oefelein, a former Navy test pilot and Space Shuttle pilot for the NASA astronauts Corps. A bag found in her car at the time was filled with what could best be described as tools of malice: rubber tubing, large black garbage bags, a knife, a BB pistol, and a steel mallet, Kimberly said.

Luckily for Colleen, the attempt was thwarted after she was able to escape in her car, despite being pepper sprayed by Lisa. A police officer arrested her at the scene and the drama began to unfold for the world to see. “I got a call from my metro editor, who wanted me at the jail the morning after her arrest for her release,” Kimberly said.

Lisa was first charged with attempted kidnapping, burglary of a conveyance and battery. Just as she was set to be released, the State Attorney’s office and Orlando Police decided to add an additional charge of attempted murder. She pleaded not guilty and was released on $25,500 bail.

Kimberly said her curiosity was in overdrive during this time. She sought to understand, and report on, how someone so accomplished, with so many talents, could have devolved to a place where this 900-mile drive and confrontation scenario seemed like something reasonable enough to plan and follow through on.

The answers would come over time as she poured into records, NASA documents and psychiatric evaluations that detailed some of Lisa’s childhood behaviors that Kimberly believes signaled Lisa’s then-undiagnosed Asperger’s Syndrome.

From High Performing to Highly-Pressured
But it was the events of December 2007 that saw Lisa descend into mental illness. “In the span of one month, her husband (with whom she had been living, but from whom she was estranged) moved out; and her lover, William, stopped communicating with her, Kimberly said.

“She lost out on one of the few shuttle missions left and her parents stopped talking to her when they found out about her pending divorce. She stopped eating, she wasn’t sleeping, she lost 20 pounds in about a month. There really was something very wrong.”

Kimberly said there was speculation that Lisa had been traumatized by the Space Shuttle Columbia explosion in 2003, though it’s not clear what mental health services were offered at the time, all as she was caring for the family of friend and fellow astronaut Laurel Clark.

Mental Health Evaluations
She was only evaluated once – years earlier – when she was interviewed for the space program,” Kimberly said.
A former NASA psychiatrist noted that the number of hours spent psychologically analyzing astronaut candidates decreased from 30 hours for the Mercury program to ten hours for Gemini and Apollo candidates in the 1960s to just three hours for the space shuttle program. That changed after Lisa’s arrest.

Since this event, NASA has instituted regular psychiatric evaluations of its corps and also created a Written Code of Conduct after it dismissed both William and Lisa following the incident, the only two astronauts ever sent back to their military branches.

Conclusion of Trial
At her trial, Lisa pleaded “No Contest” to the charges and Judge Marc Lubet withheld adjudication, meaning Lisa would not be formally charged and would be released with time served: the one day she spent in jail. She also served a probationary period and her attorney managed to get the court records sealed, “as though it never happened at all,” Kimberly said.

An August 2010 military hearing concluded that Lisa – a Naval Academy graduate, should be dismissed from the U.S. Navy with an “other than honorable” discharge and her rank bumped down from Captain to Commander. While embarrassing, it allowed her to keep her $6,000-a-month pension.

Moving On
Lisa has remained out of the spotlight since her probation ended, flying these days mostly under the radar and working in the private sector in Texas. William and Colleen were married in 2010 and are raising a son together in Alaska.
Kimberly, too, has moved on. She left the Space Coast in 2010 and works as an investigative reporter at The Ledger in Lakeland, Florida, but she returns often to reconnect with friends and the beaches here. •

Excerpt from Chapter 1 of “Star Crossed, The Story of Astronaut Lisa Nowak,” by Kimberly C. Moore:

The Drive Saturday, February 3, 2007
Astronaut Lisa Nowak woke up in her Houston home at the end of a cul-de-sac on Parsley Hawthorne Court that Saturday, not intending to launch herself into infamy.

Nowak was alone in the red brick house. Her 14-year-old son and 5-year-old twin girls were spending the weekend with her husband, who had moved out just before Christmas. Her son’s birthday was that coming week.

She looked into the room with her vast collection of stamps for making cards, the stamps with which her girls loved to play. Her crop of 400 African violet cuttings were growing throughout the house, although some were wilting after weeks of neglect. She had propagated them from just eight plants left behind by her friend Dr. Laurel Clark, who had died on board the Space Shuttle Columbia. It was as though, in her mind, the woman’s life somehow continued through these plants.

Lining some of her bookshelves were rows of the crime novels she told reporters she liked to read.

She had been thinking about what she needed to do for herself, envisioning it, planning it, for nearly a month–ever since her boyfriend told her he was seeing someone else.

In mid-January, she had logged in to her work computer on the sixth floor of an office building at Johnson Space Center and went to the MapQuest site to get directions from Houston to Orlando. She had gone to her local Sports Authority and bought a knife and BB pistol, along with ammunition and a can of pepper spray, paying cash for it all.

That week, at her boyfriend’s apartment and on his USS Nimitz aircraft carrier stationery, she had hastily scribbled his new girlfriend’s flight itinerary, her unlisted home phone number that she had found in his phone bill–the number he called repeatedly. Most importantly, she wrote down the hour that this woman, Colleen Shipman, would arrive back in Orlando on a United Airlines jet late Sunday night, February 4th.

At home that Saturday morning, Nowak packed her black duffel bag. Like any well-trained NASA employee with an obsessive attention to detail, she had made a list of what she needed: knife, BB pistol, ammunition, hammer, plastic gloves, and a disguise. And cash–a lot of cash to pay for gas and hotels. No need to leave a paper trail of credit card and debit card purchases. She wrote it all down on her astronaut “flight events/history/briefing” stationery.

She got into her husband’s blue BMW, with its fading paint, and left her suburban home, the one with the snapdragons planted around the brick mailbox. She headed to her local grocery store, and, at just about 1:00 p.m., she bought a phone card with 100 minutes, paying $6.50 in cash. She had left her cell phone, with its tracking device, at home.

It was a cool day on the first Saturday in February. She was leaving behind her office on the sixth floor at the famed Johnson Space Center, a place where she had spent 10 years perfecting maneuvers in space shuttle and space station replicas, and in simulated zero gravity, packed into the bulk of a space suit. She worked with a team of people who, like her, were the most elite professionals in the world.

And like her, they had perfect credentials, perfect track records, and perfect personal lives. At least to someone peering into their tiny capsule, that’s how it all seemed.

Her plan was perfect, too. Nothing could go wrong, she thought.

She merged onto I-45 and then onto I-10, to make a turn that would, nearly a thousand miles later, allow the world to watch her tumble from her privileged pedestal. But for now, her mind was on one thing alone: finding her boyfriend’s new love interest so she could, hopefully, get him back.

Her trajectory to astronaut was a textbook example of creating a plan, following it, and achieving it. • 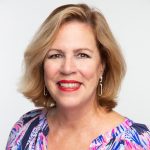 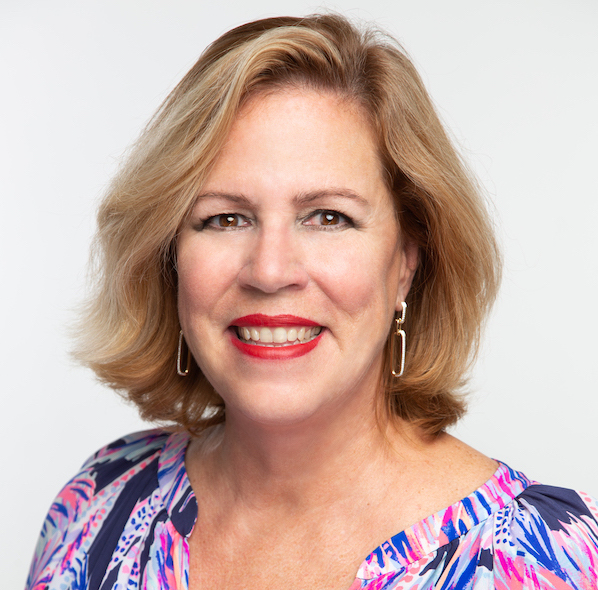