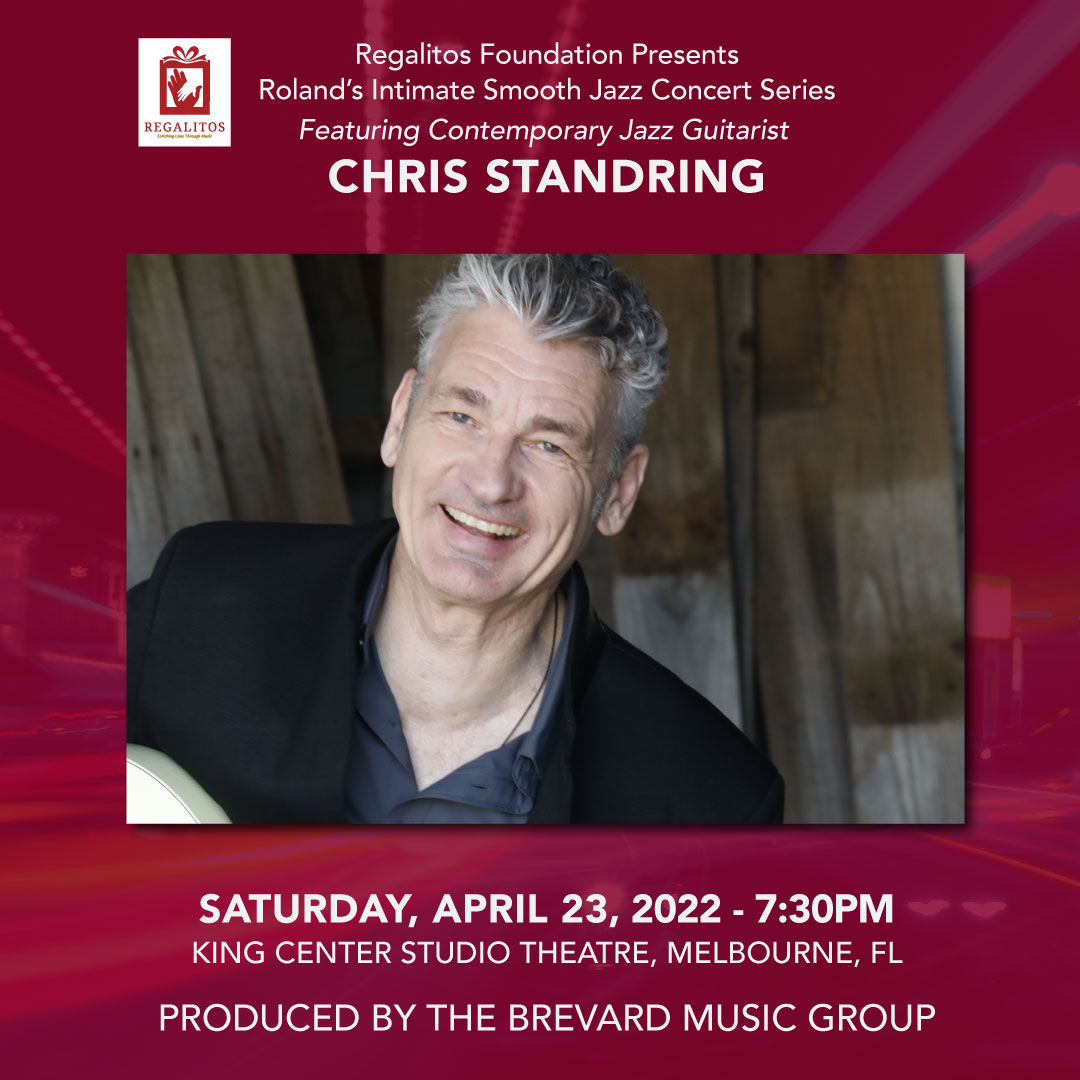 Guitarist, composer, and arranger CHRIS STANDRING is one of the most prolific and successful artists on the contemporary jazz scene. With 13 Billboard Top 10 singles and 6 singles that reached number one on the chart, Jazz Monthly has said of Standring, “One of contemporary jazz’s most dynamic and in-demand guitarists, Standring’s sensual chill, ambient soul and retro-groove pop jazz is fashioned around his trademark hip-swaying guitar.”

The event is finished.